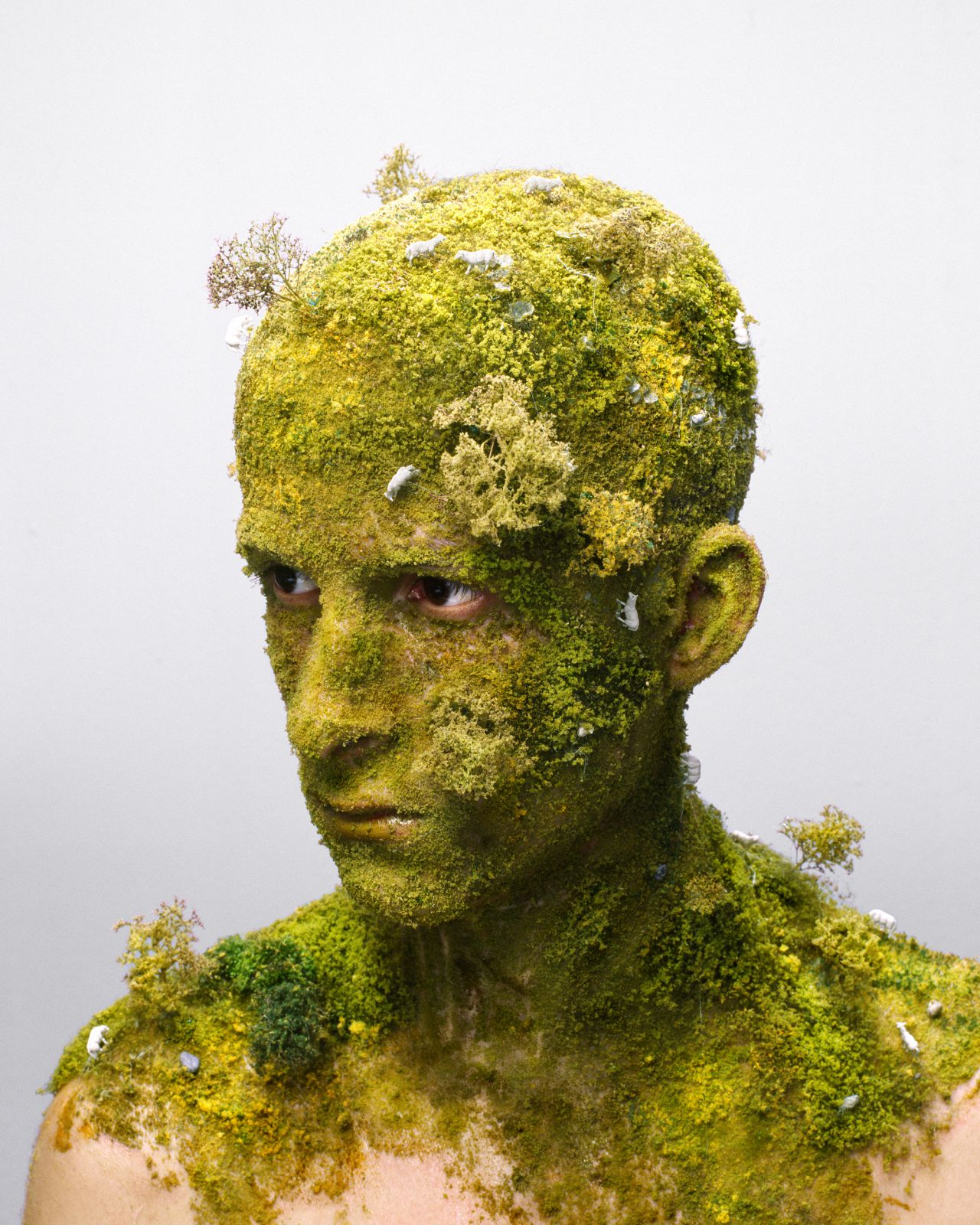 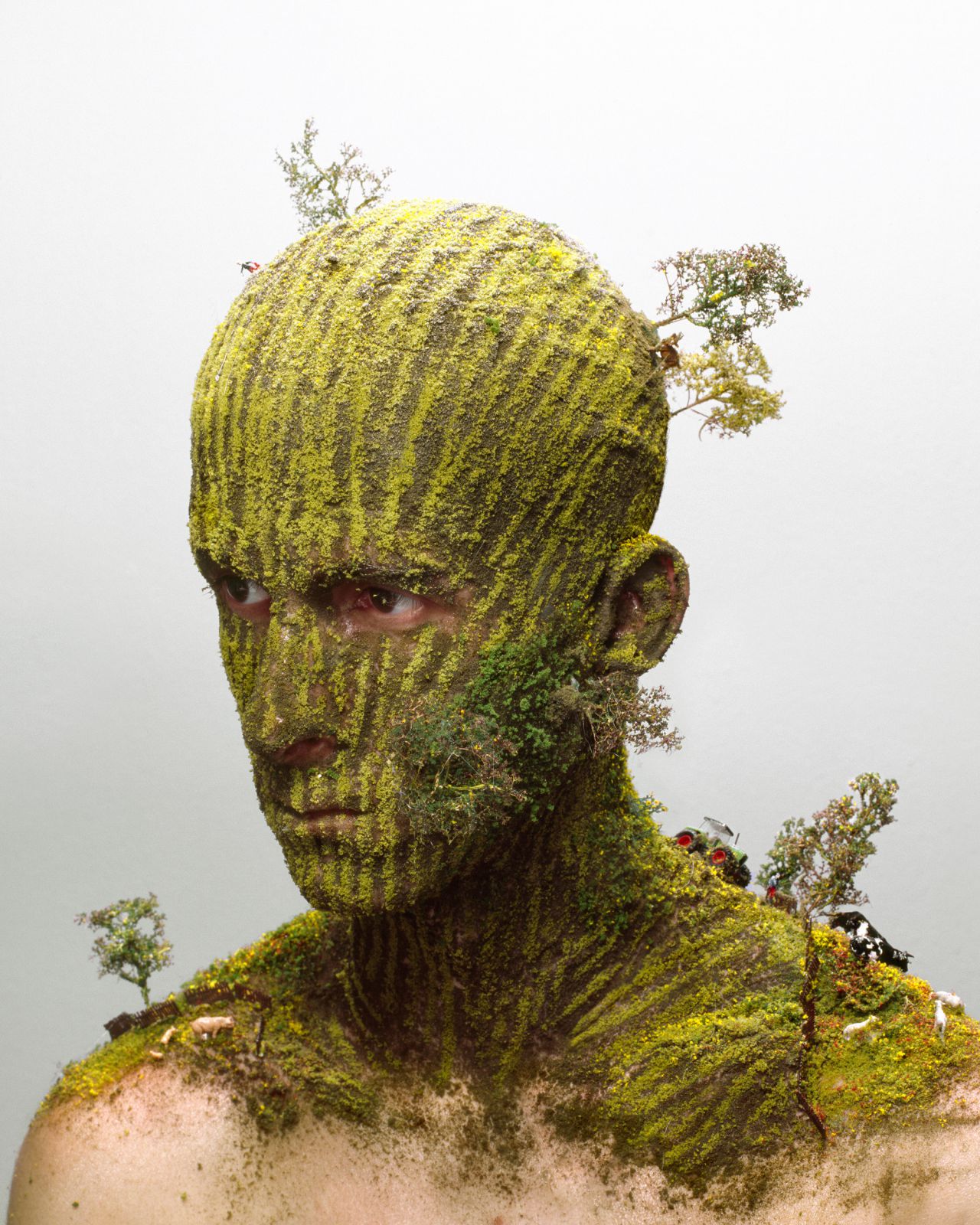 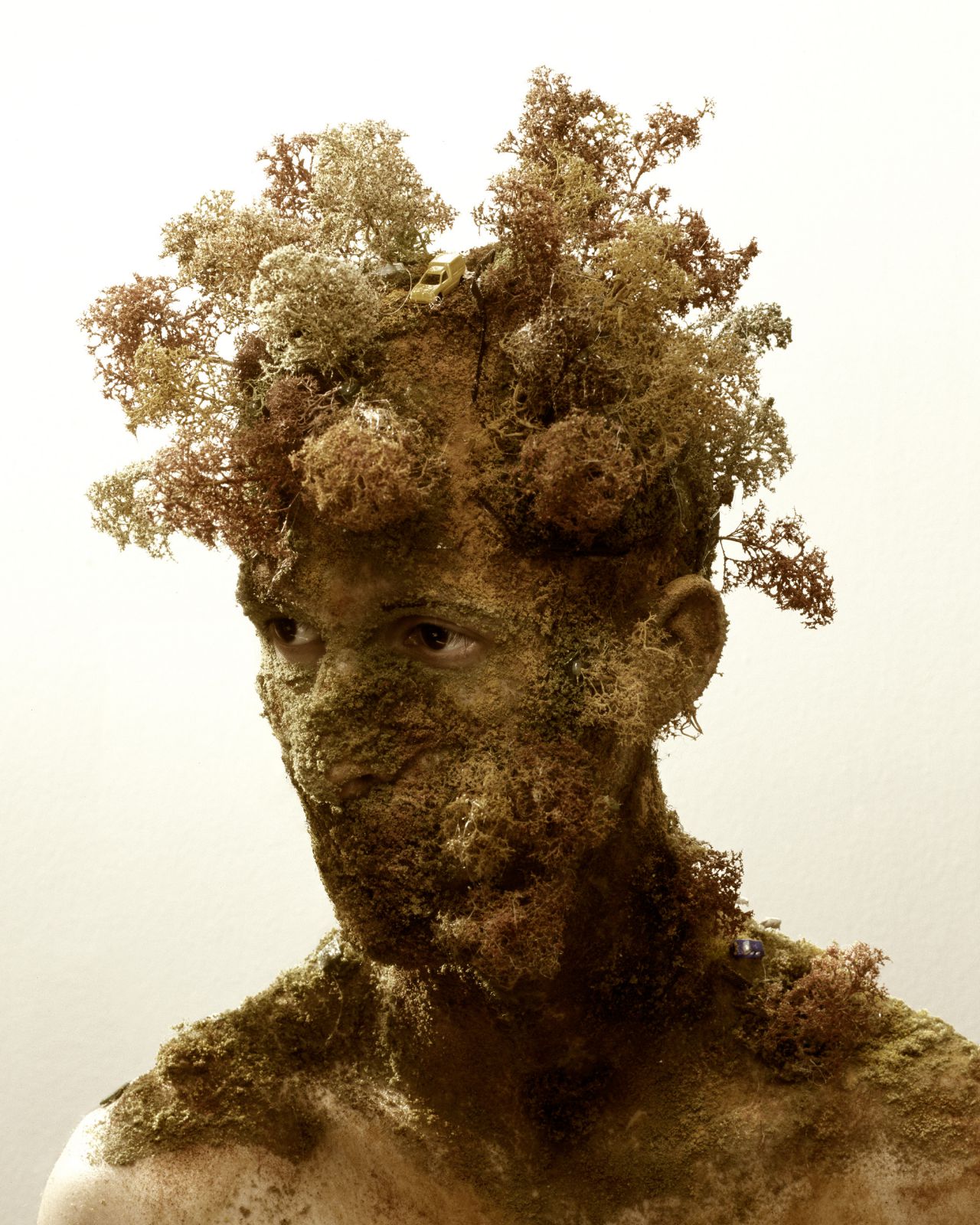 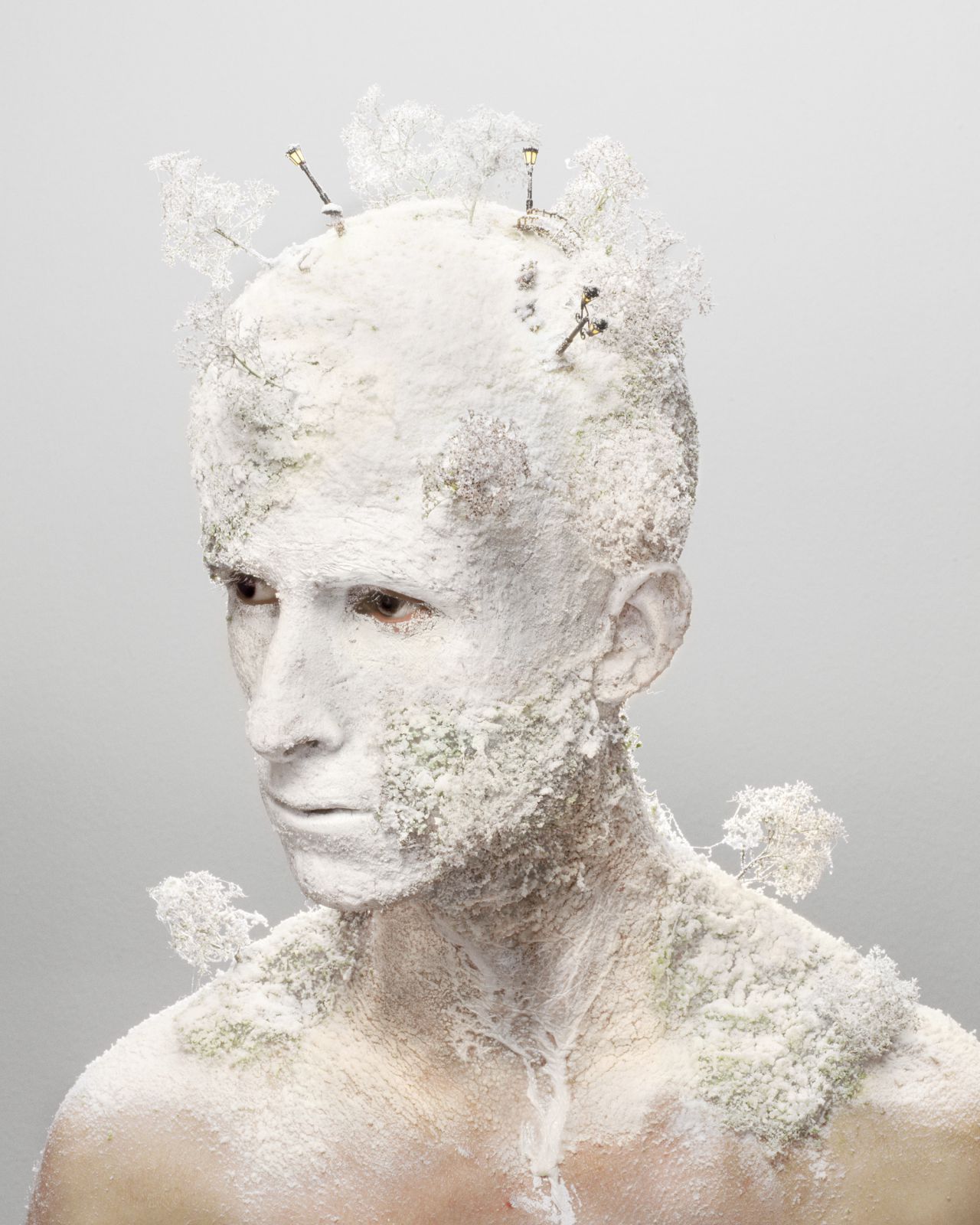 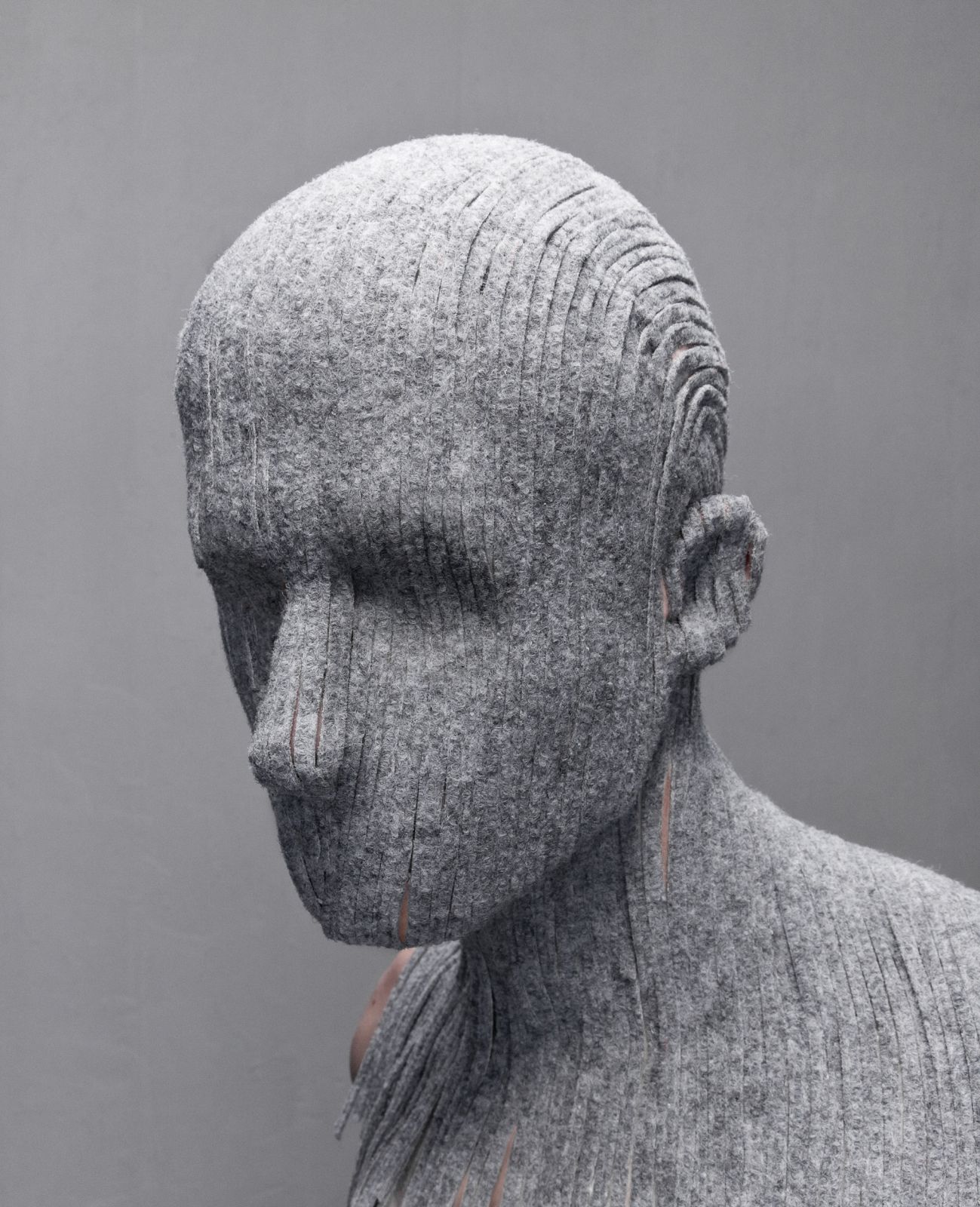 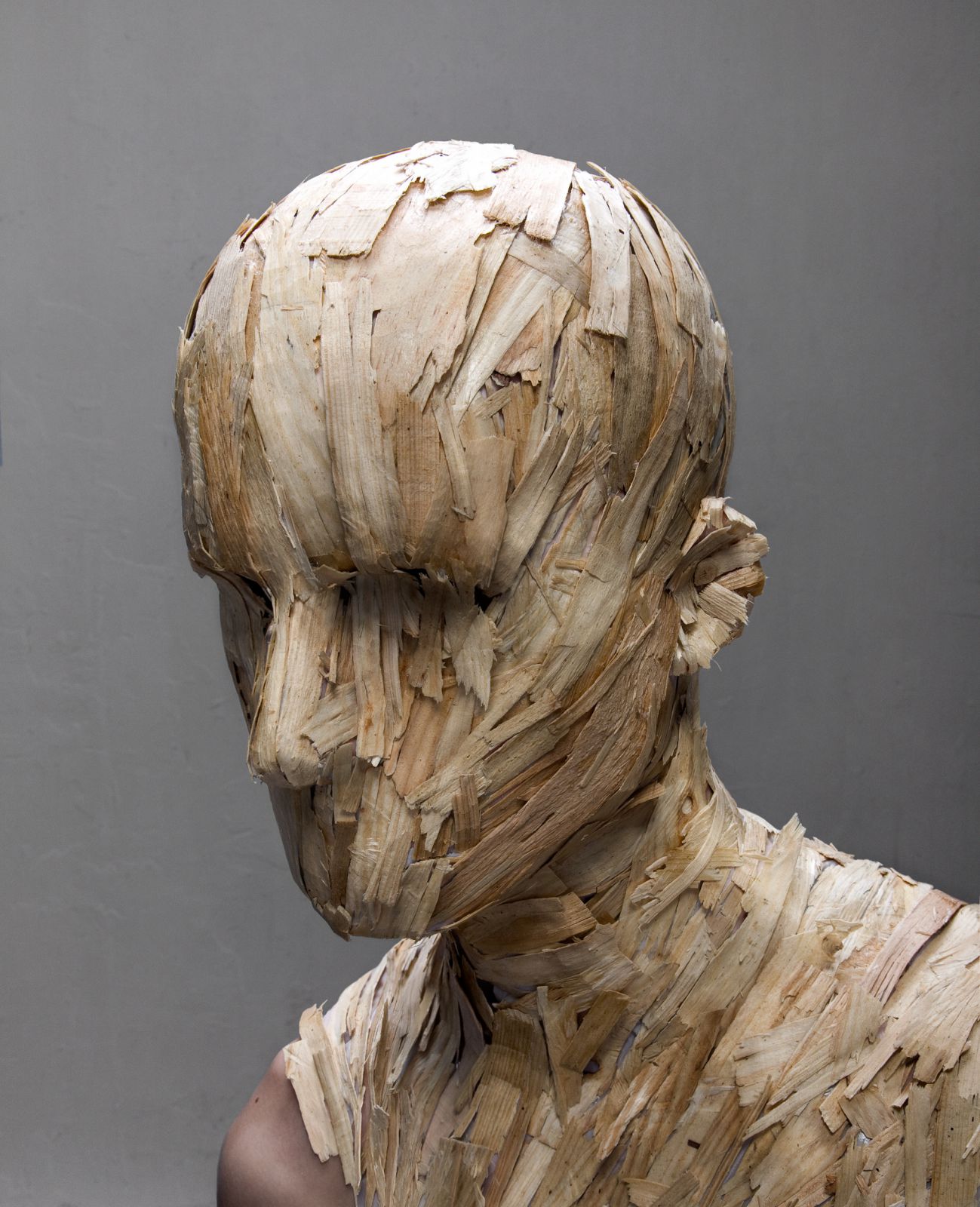 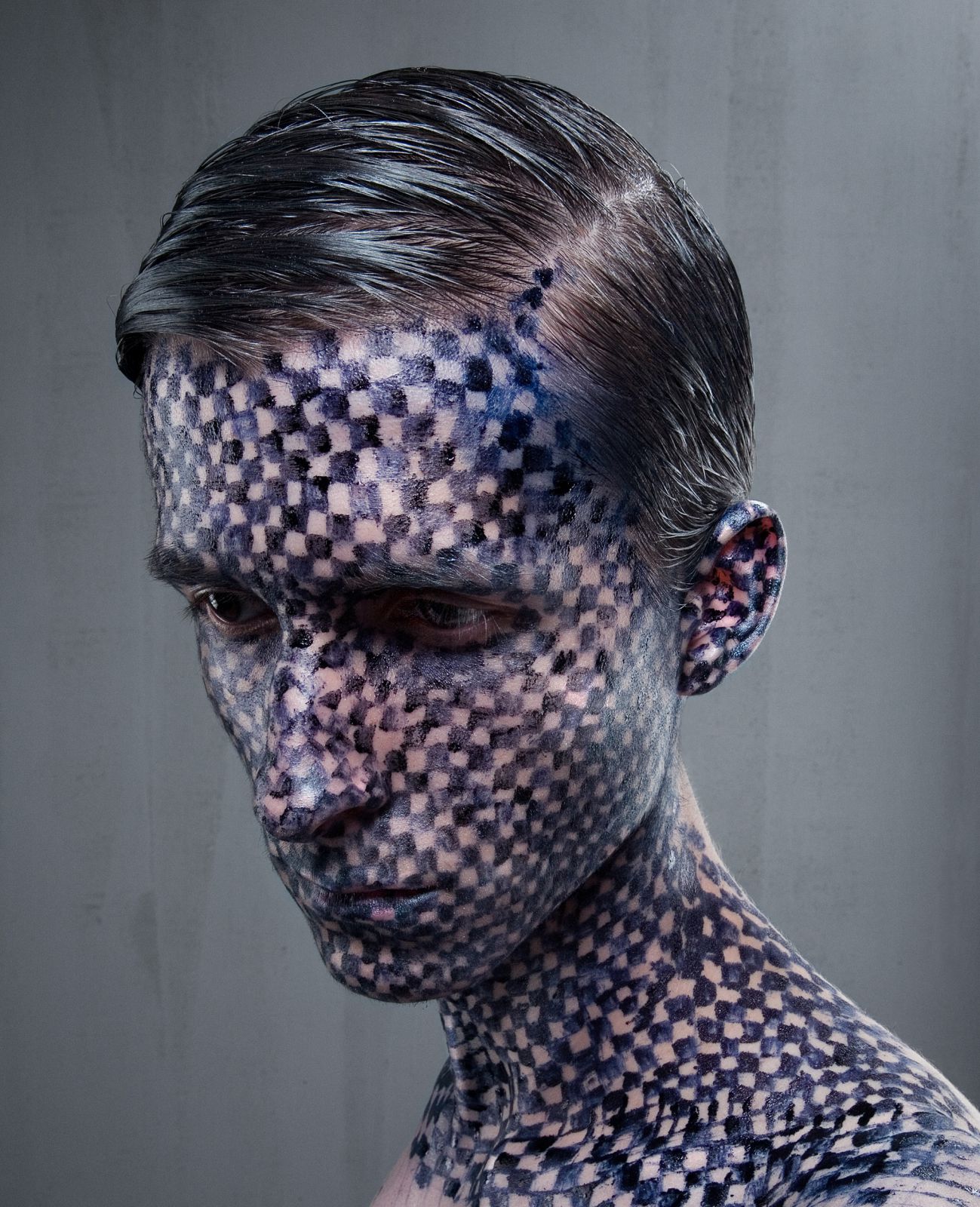 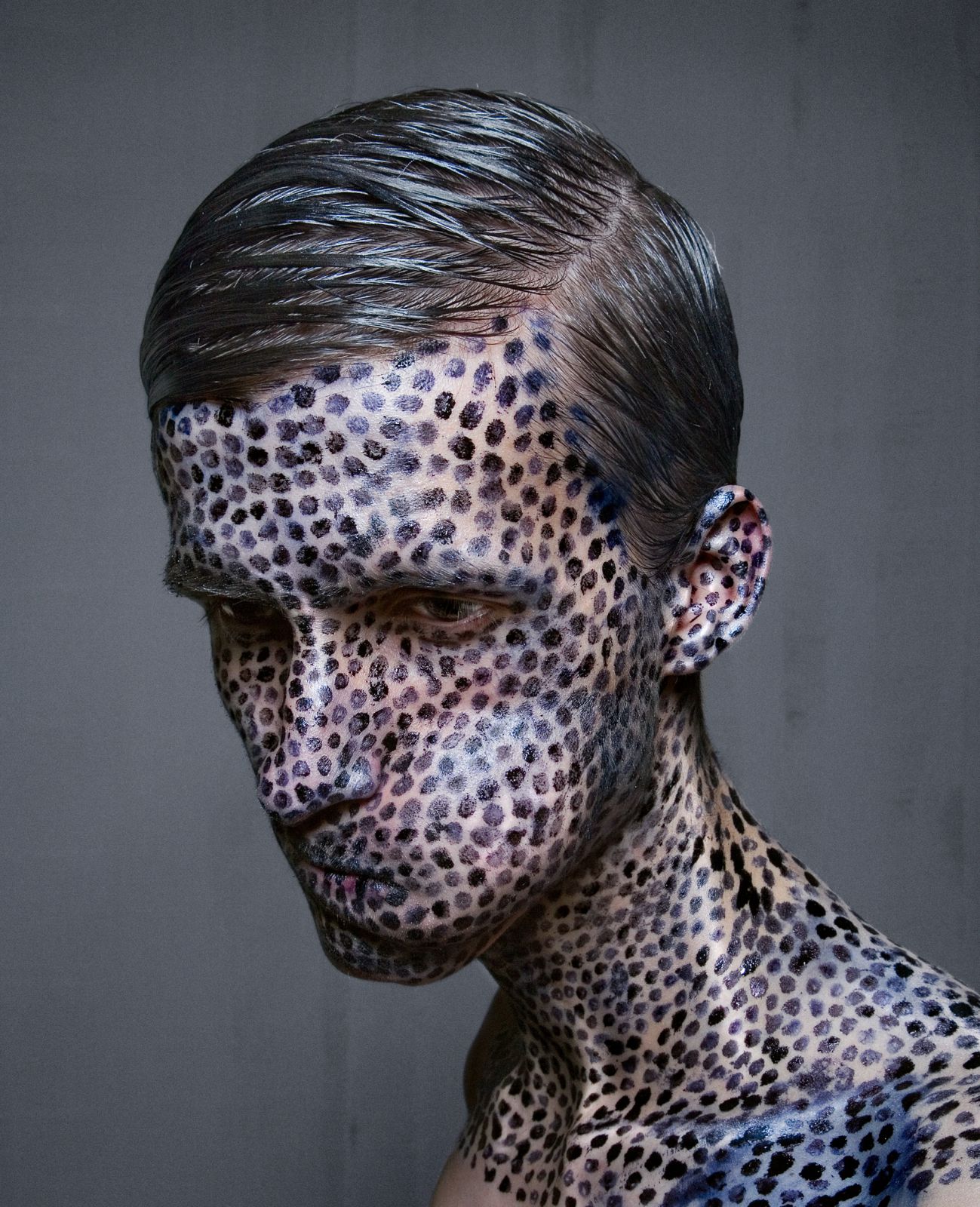 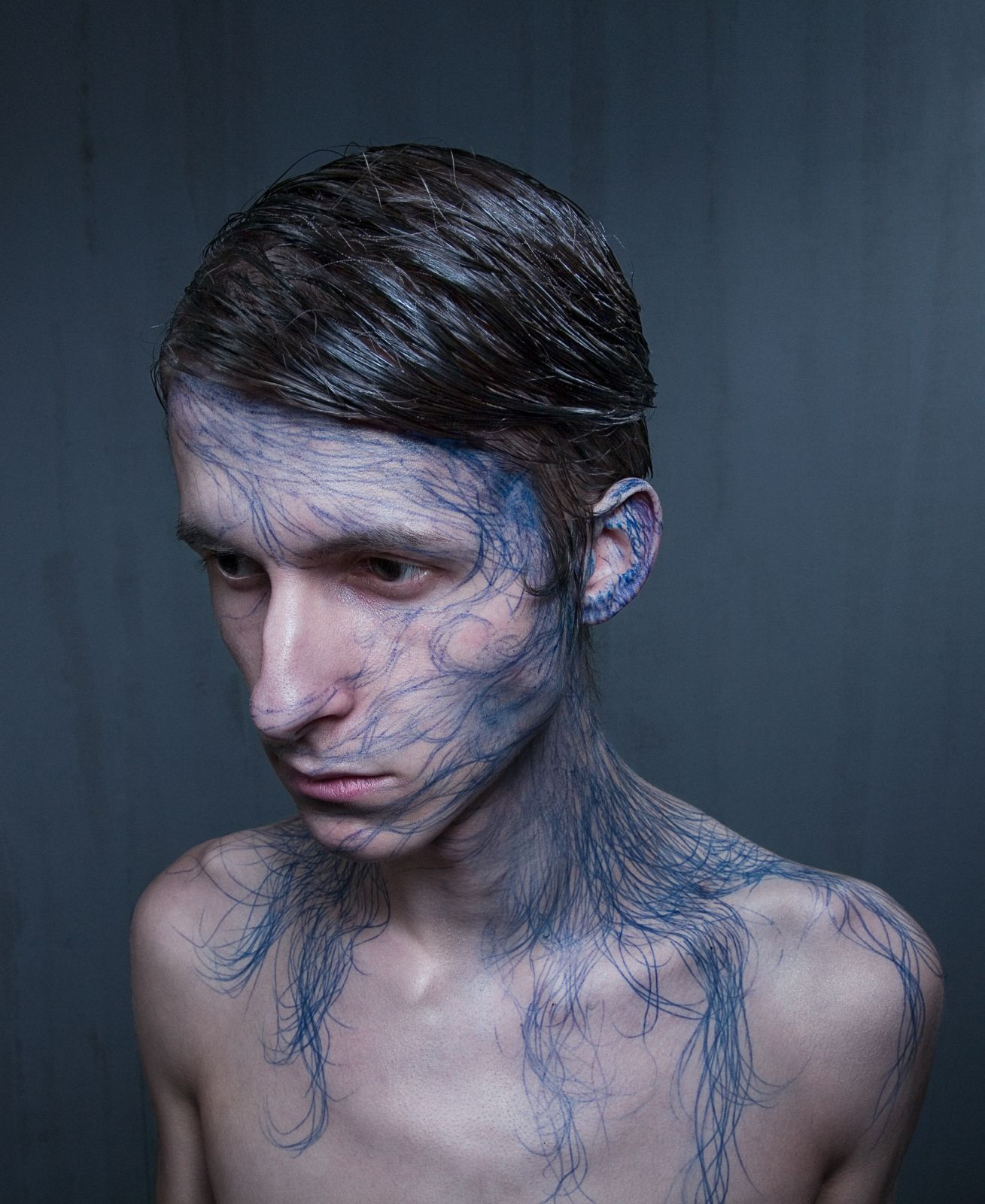 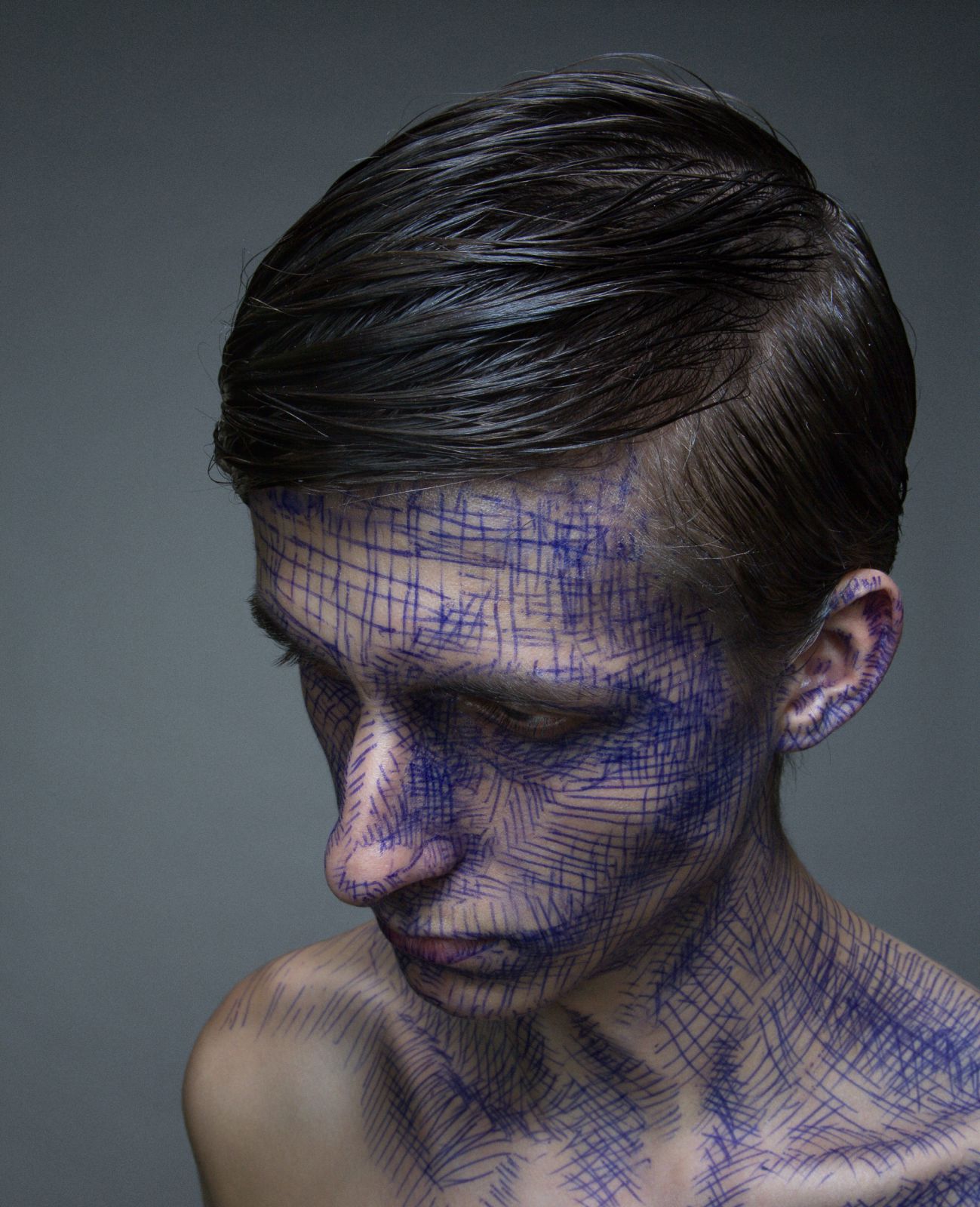 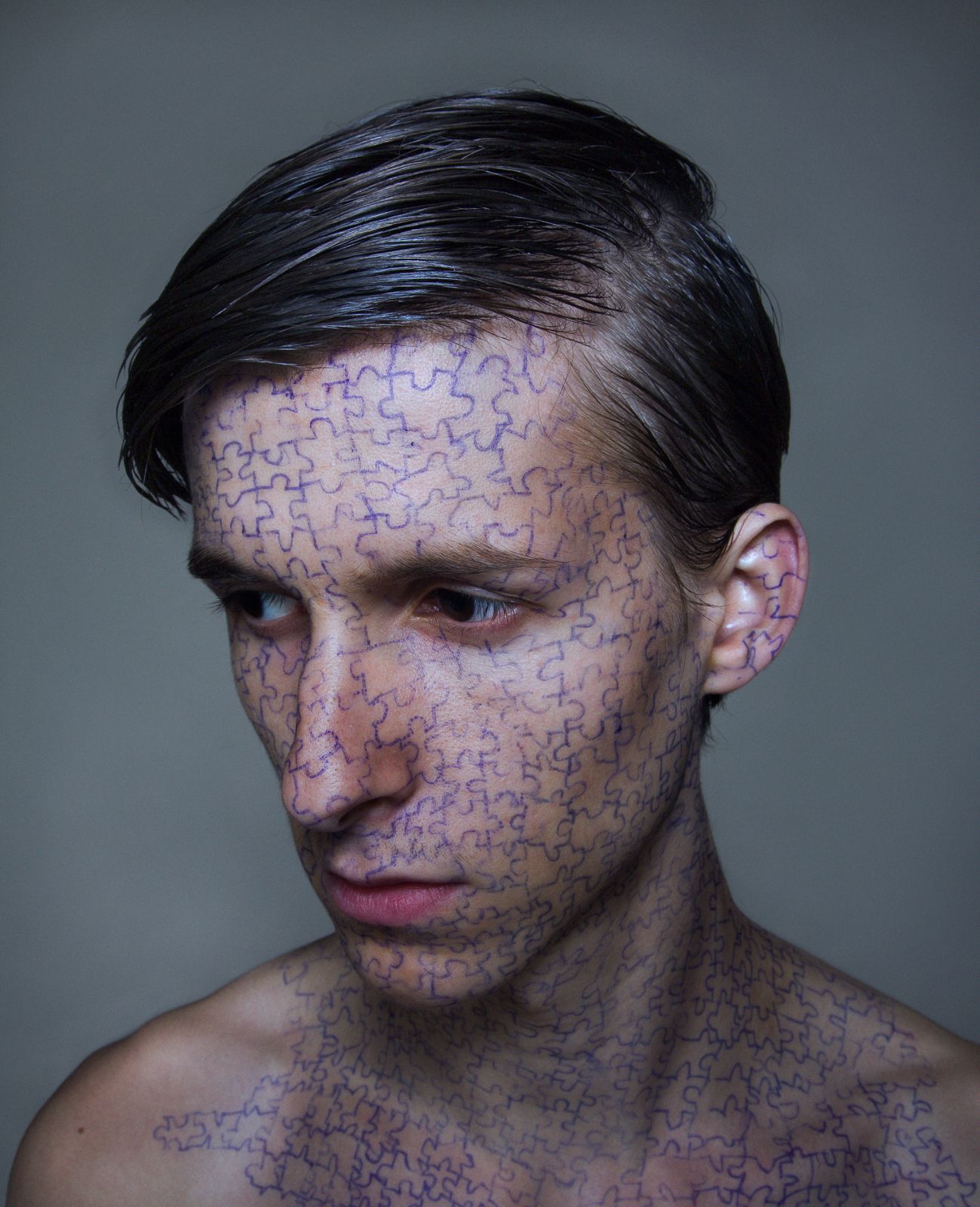 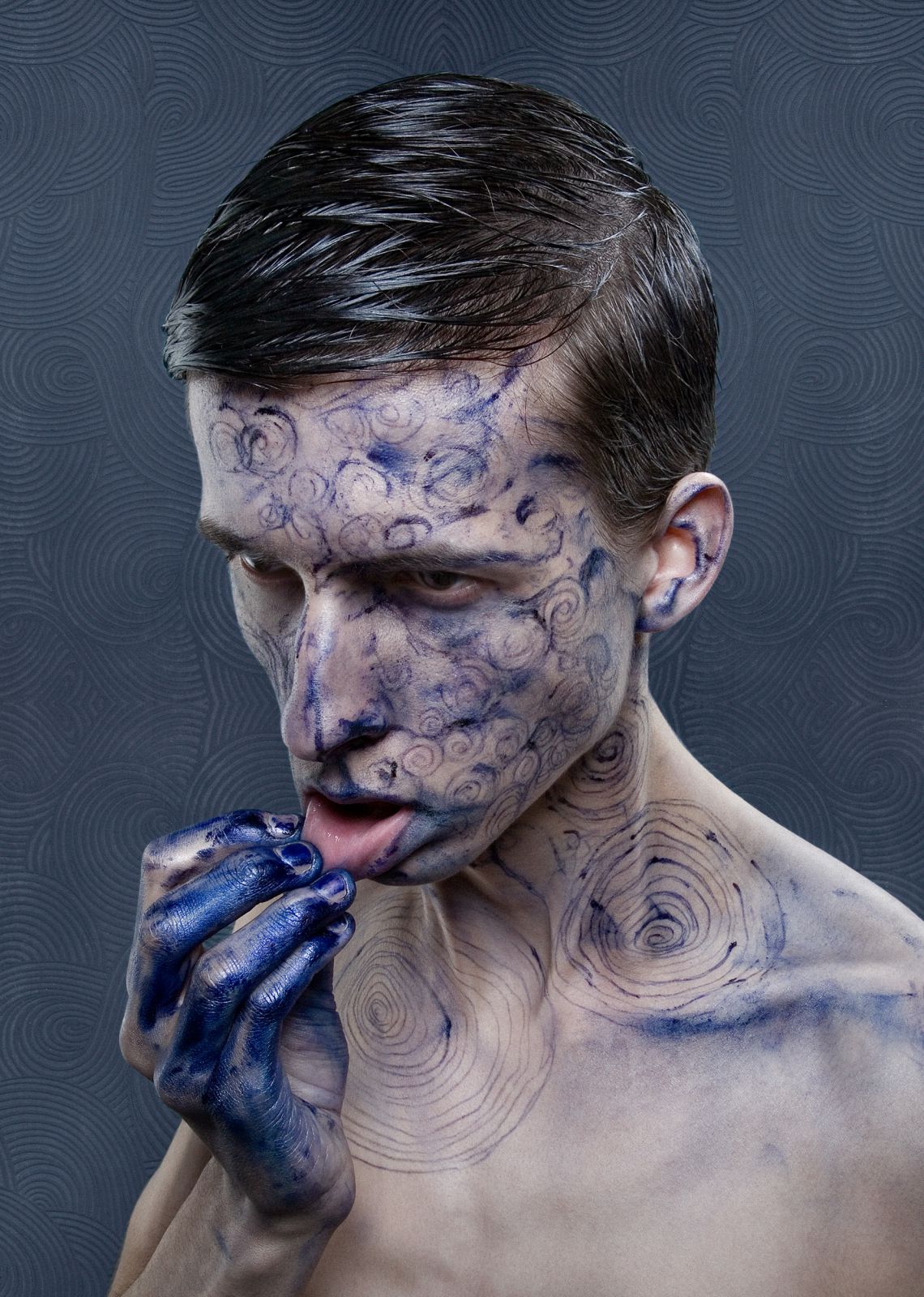 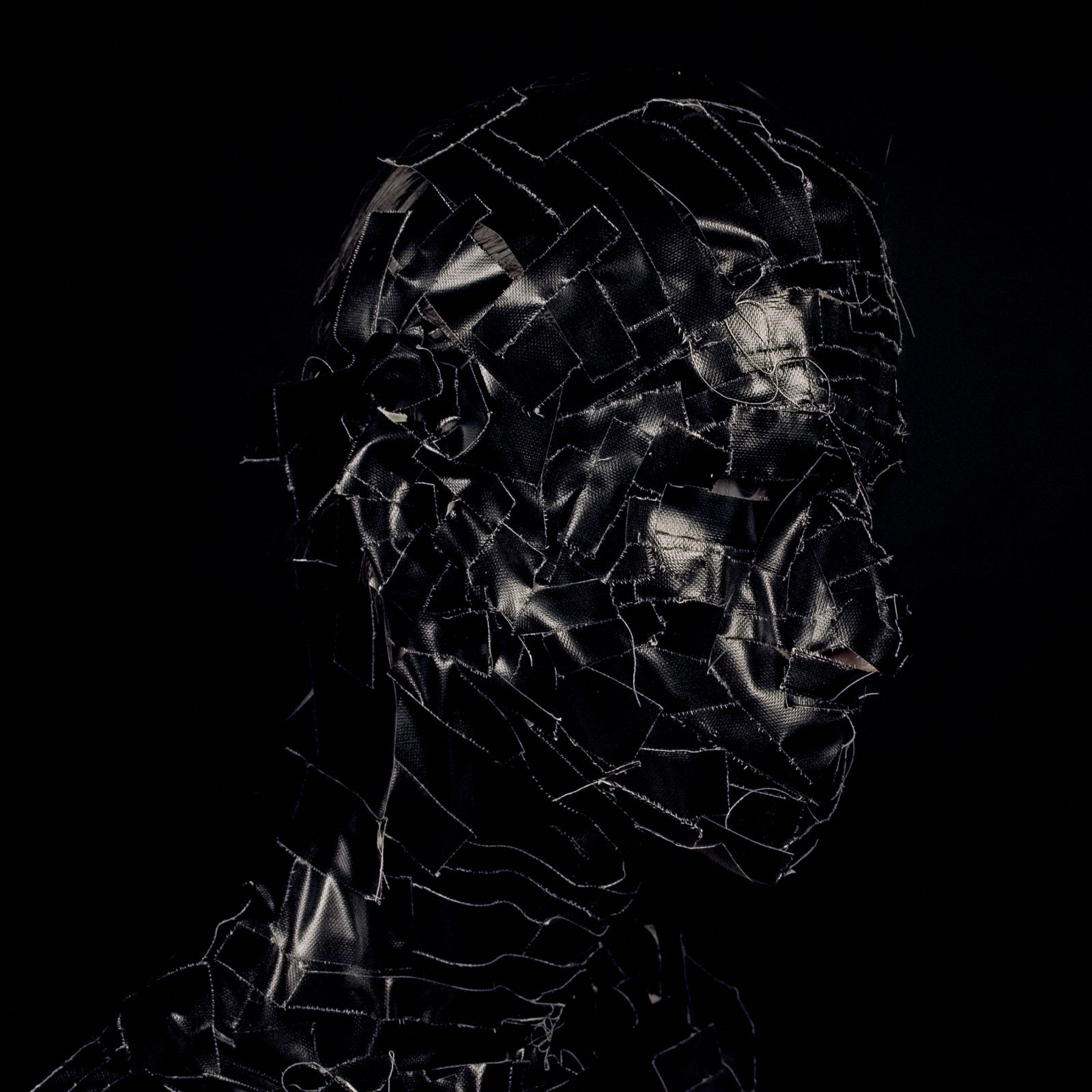 Levi van Veluw started making self-portraits at the art academy in Arnhem in 2004. The choice to use himself as a subject in his work was predominantly a practical one. Without needing anyone else to assist him, he was able to experiment freely and at length.

The works of this period were produced impulsively without any predetermined concept. Through the process of experimentation and analysis, certain basic formal characteristics that define Levi van Veluw’s self-portraiture are already brought to the fore: the angle from which the photograph is taken; the formal approach and the use of his own face and head, as well as the usage of common objects and materials.

The work does not aim to portray the artist himself, but rather to explore his formal features, the shape and contours of his head. Through the reinterpretation of the aforementioned elements, the artist creates a third new image with a powerful visual impact. The finished work is not a portrait as such, but a formal arrangement characterised by colour, pattern, shape and texture. The image contains the history of a short creative process, in which the artist continuously shifts his position between subject and object.

The four photographs presented here are the final result of at least 30 different self-portrait explorations. Landscapes: This four-piece series reinterprets the traditional landscape painting. Plots of land, clusters of trees and babbling brooks are removed from their intimate two-dimensional format and transposed onto the three-dimensional contours of the artist’s own face. A fresh and surreal twist is given to romantic landscape painting’s obsession of recreating the world while simultaneously also being part of it. In this way the romantic landscape genre is re-examined from the perspective of self-portraiture. The series consists of four photographs and one short experimental video.

In the Material Transfer series, Levi van Veluw utilises commonplace materials such as strips of carpet, pebble stones and sterling board chips. By applying these materials to his head and face he emphasises their aesthetic and formal qualities. This subverts the metaphoric meaning we usually assign to them in daily life. In this way Van Veluw focuses attention on how we perceive and experience the objects and materials around us.

The Ballpoint series is Levi van Veluw’s first official pre-conceived series of work.The marks made with a ballpoint pen, something we are all familiar with, are given a new context. Whereas one would expect to see make-up applied to the face, this is not the case with the lines produced with a ballpoint.

By removing it from its original context and introducing it into a new one, the associations conjured up by the ballpoint line change into something new and unexpected. Each work was created in a single day. Sitting in front of the mirror, pen in hand, Van Veluw slowly creates the pattern he has envisaged. Levi van Veluw is simultaneously the author and the object of these elemental transfers. Setting up the camera and positioning himself in front of it, he takes the photograph by remote control.