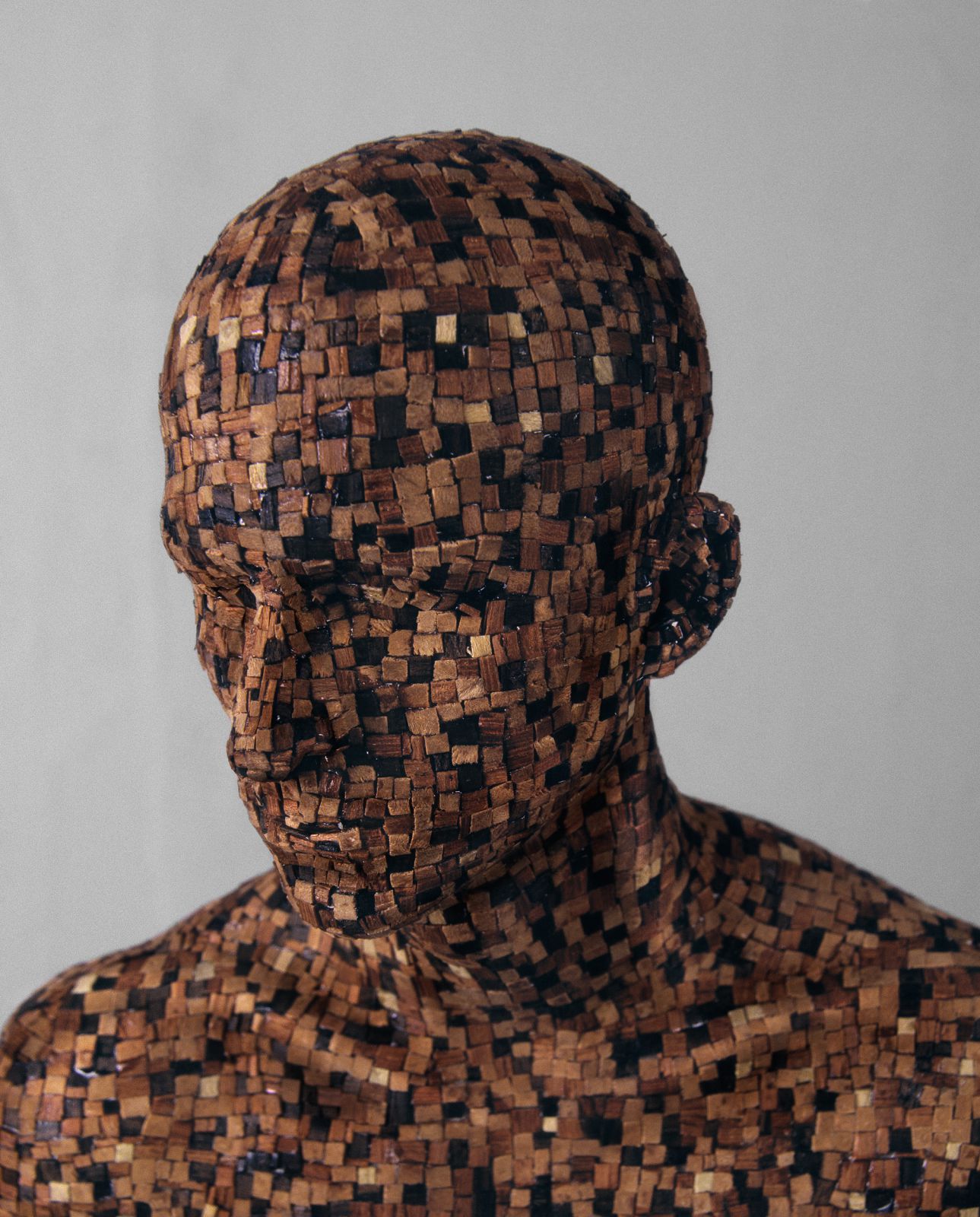 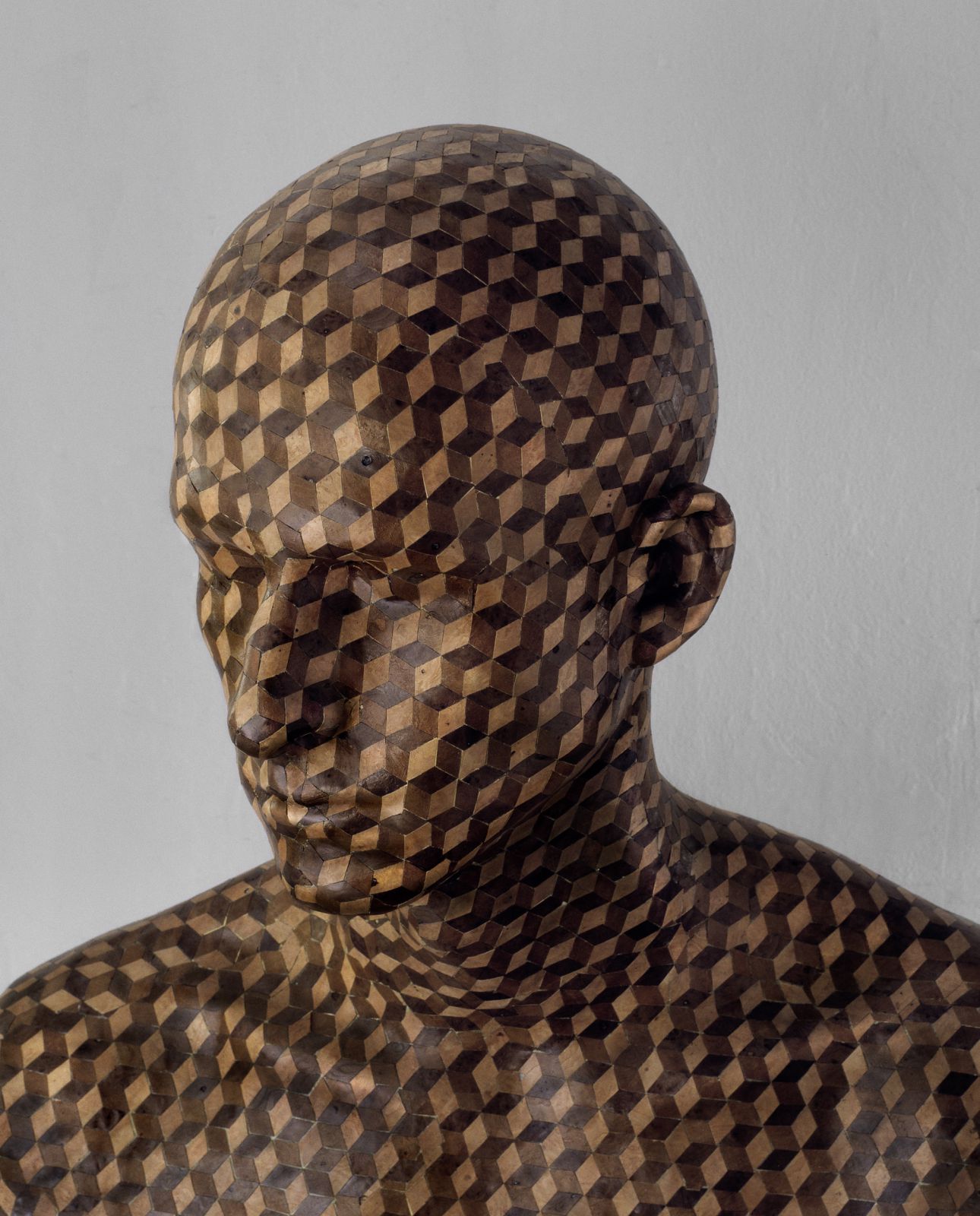 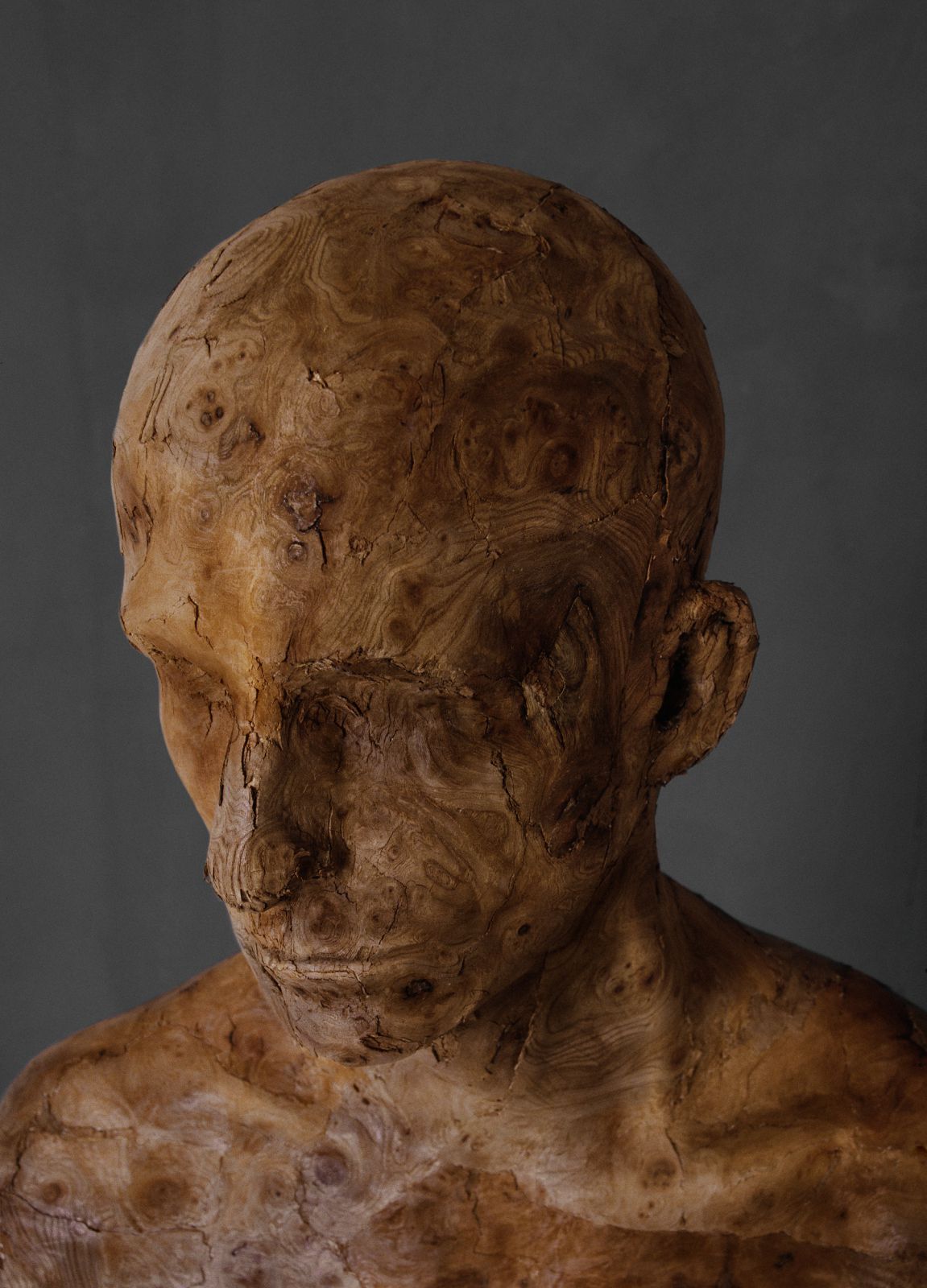 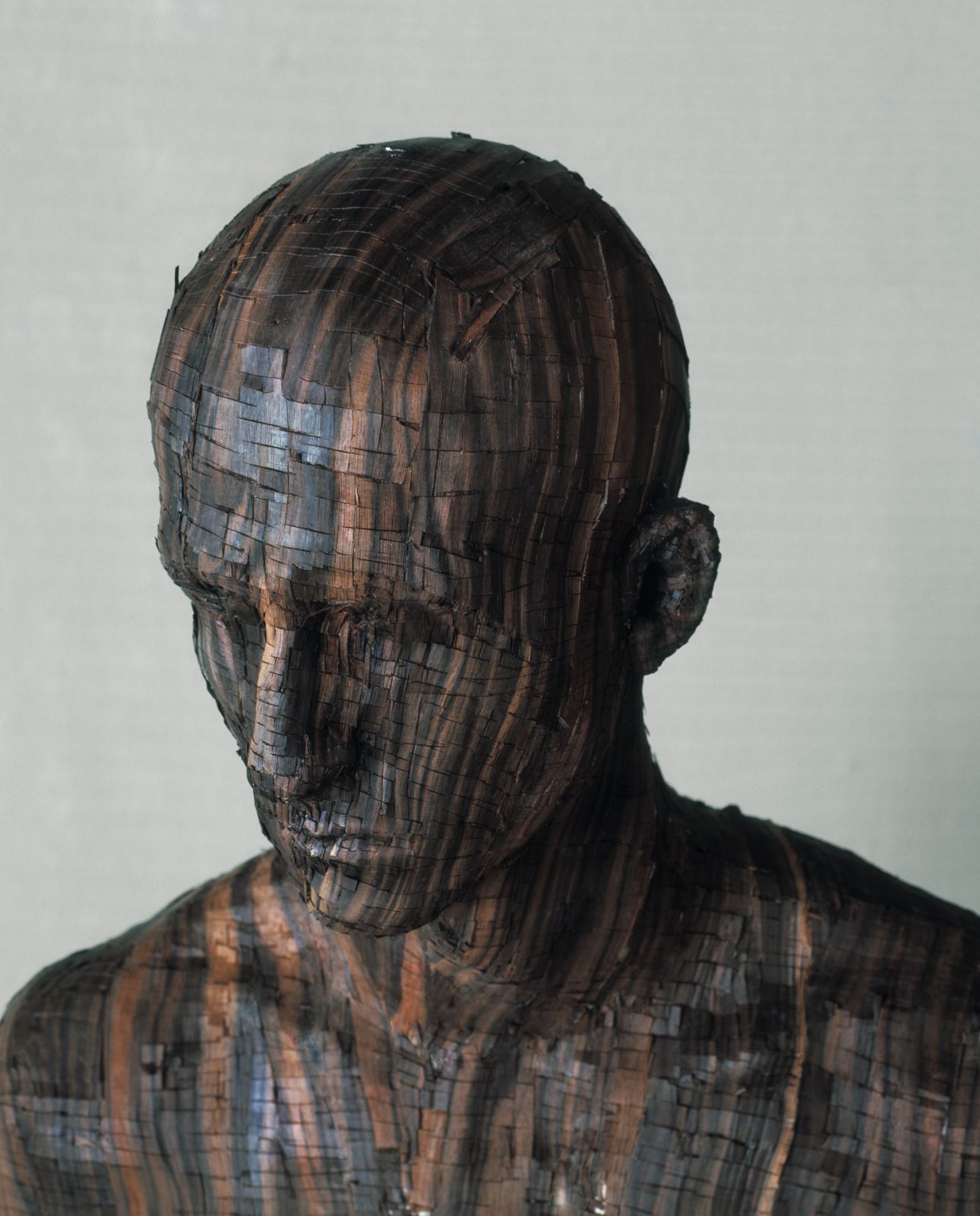 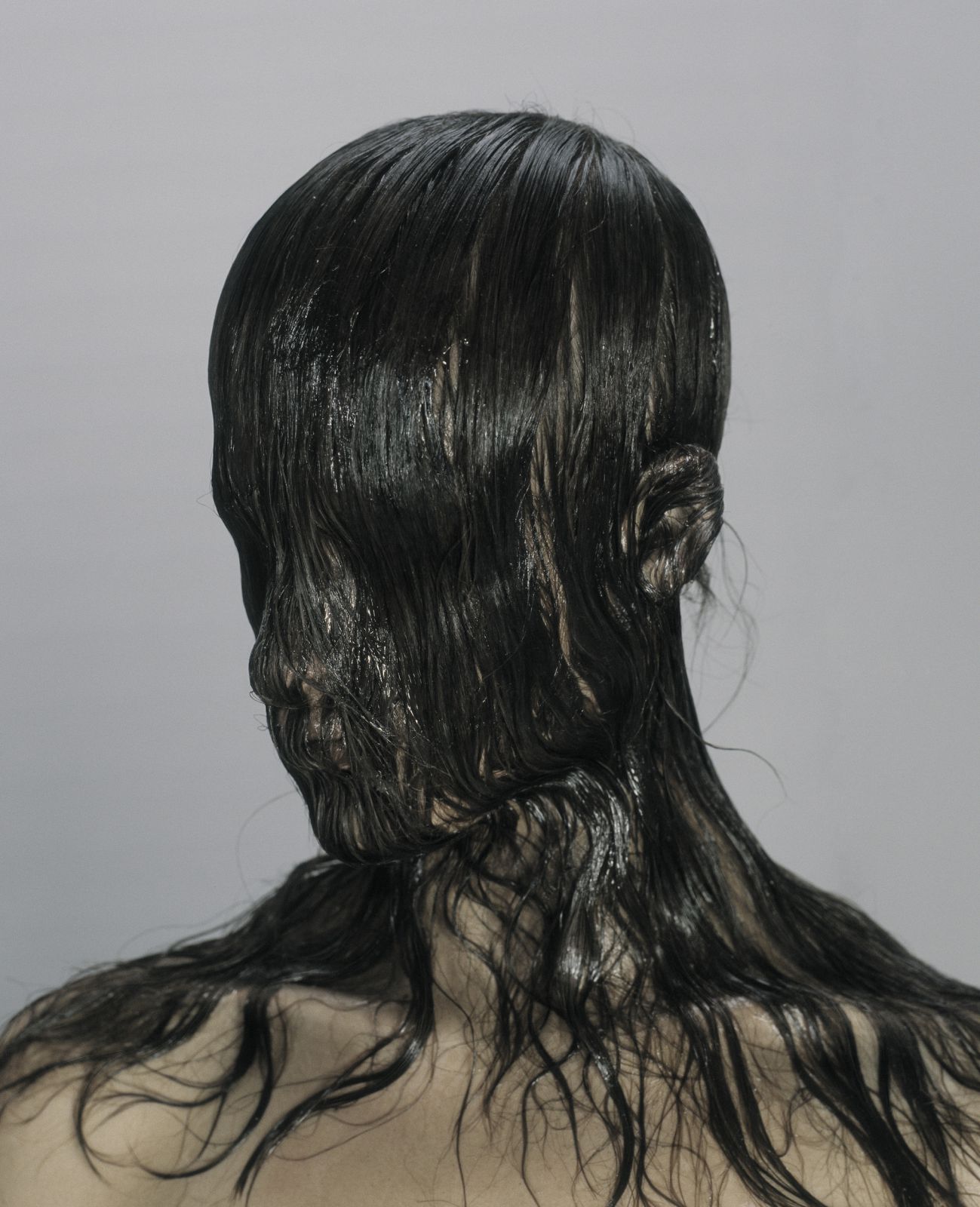 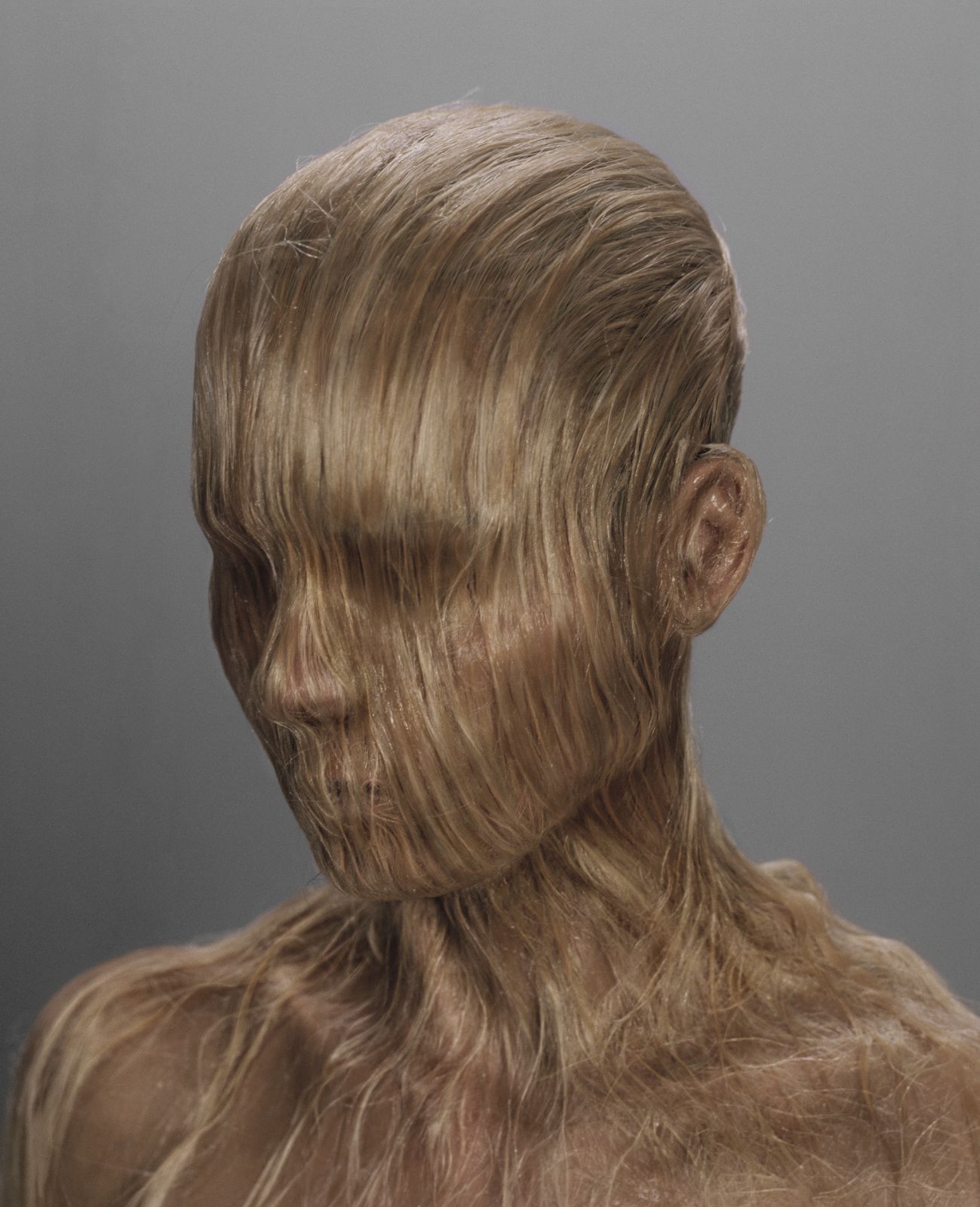 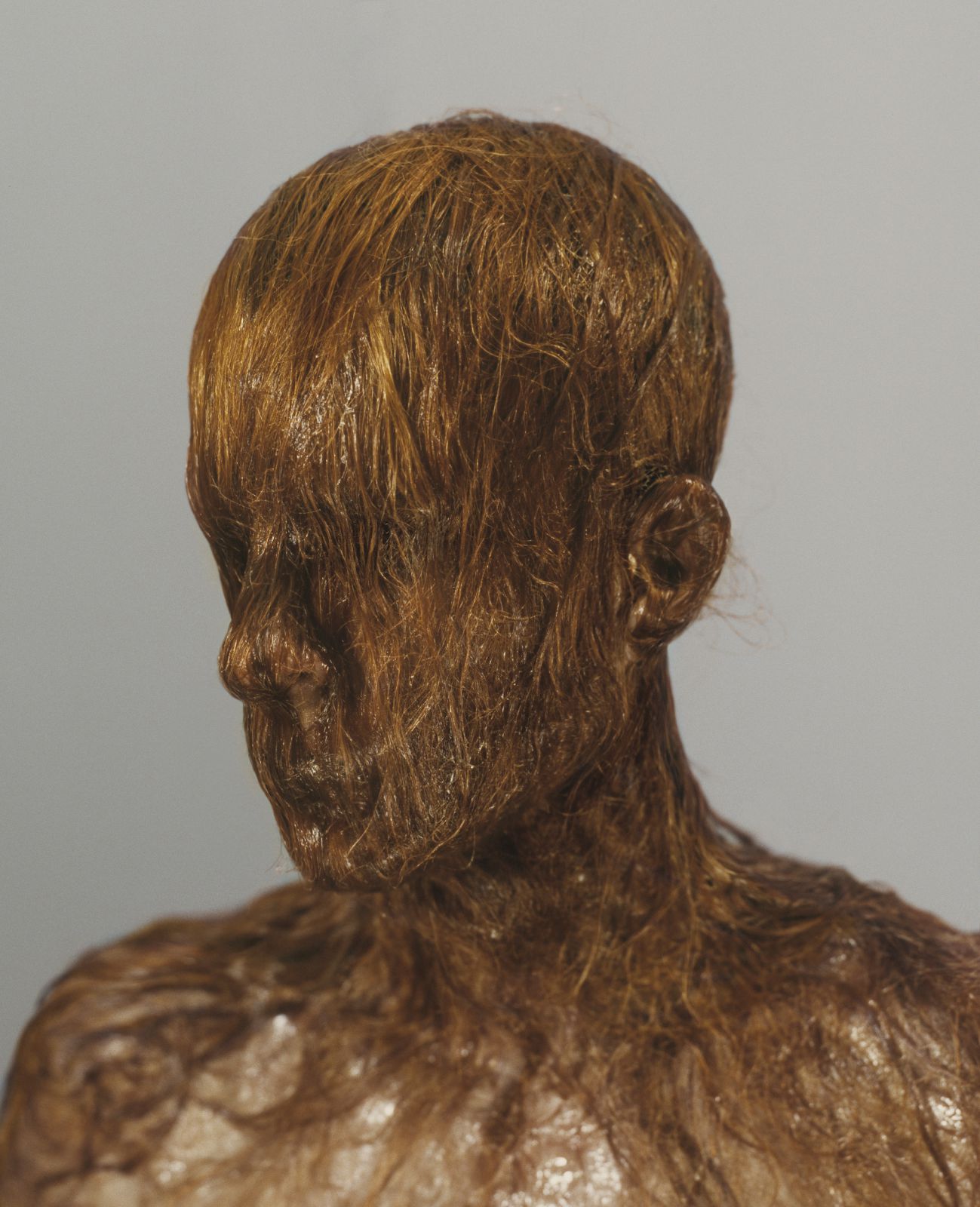 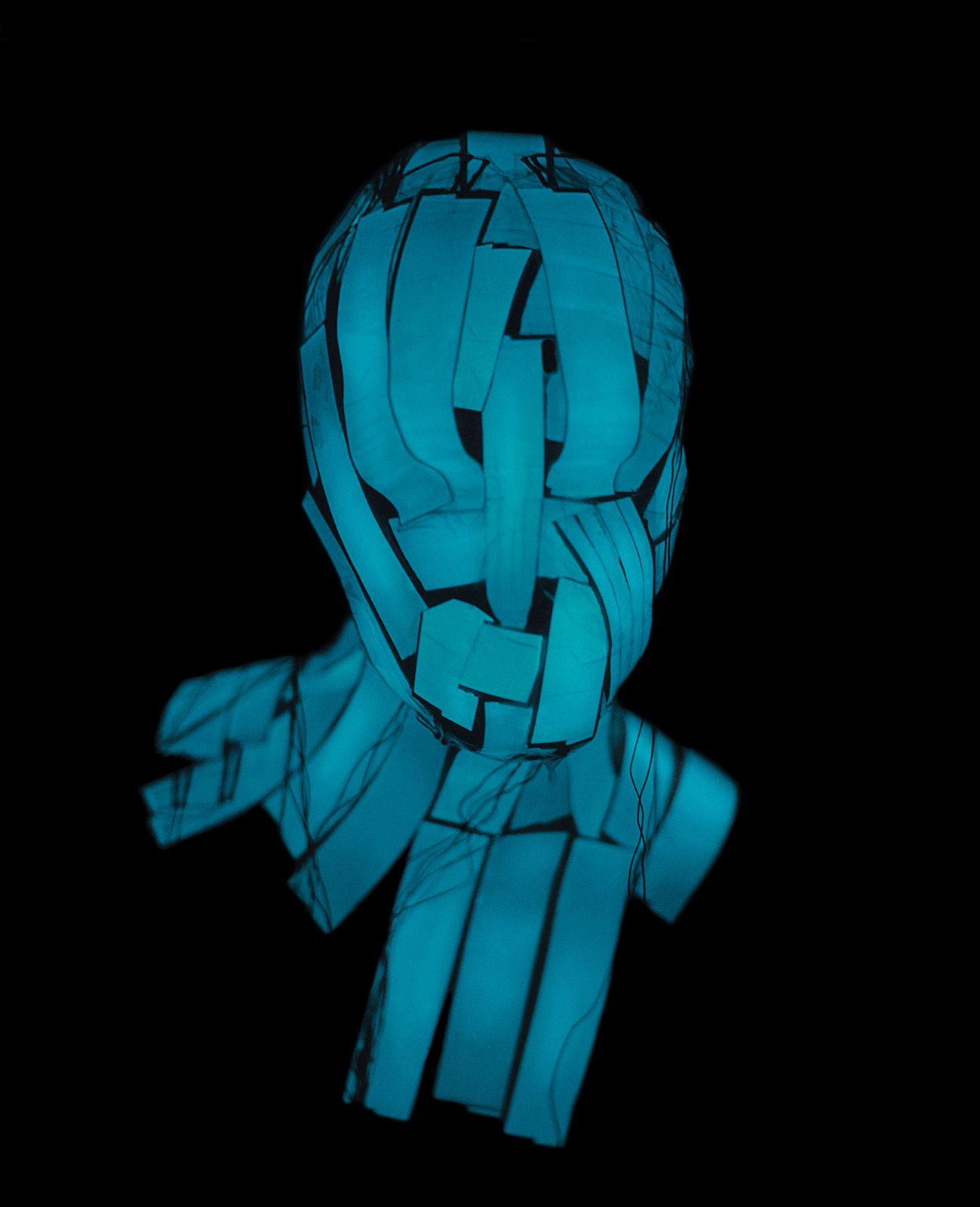 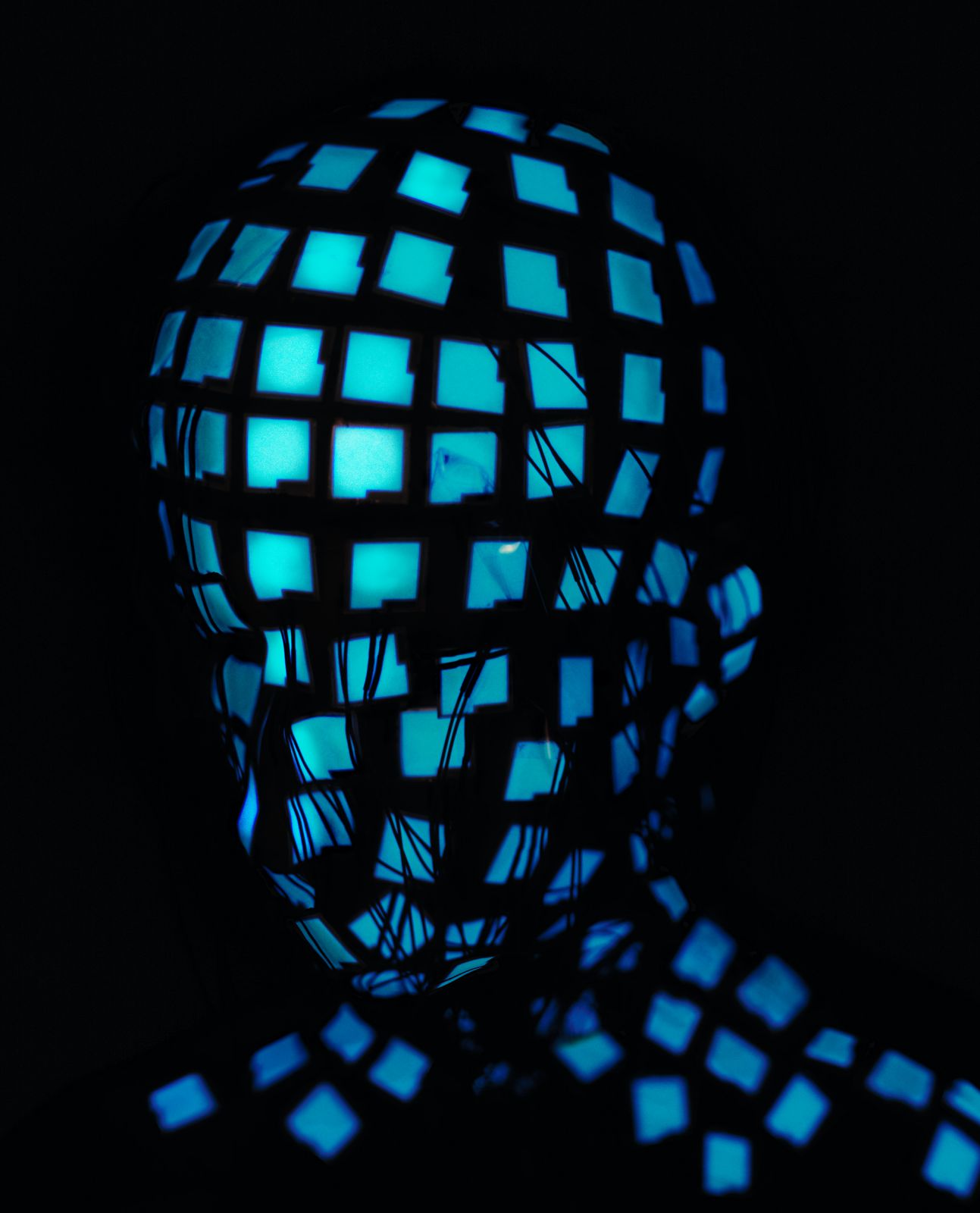 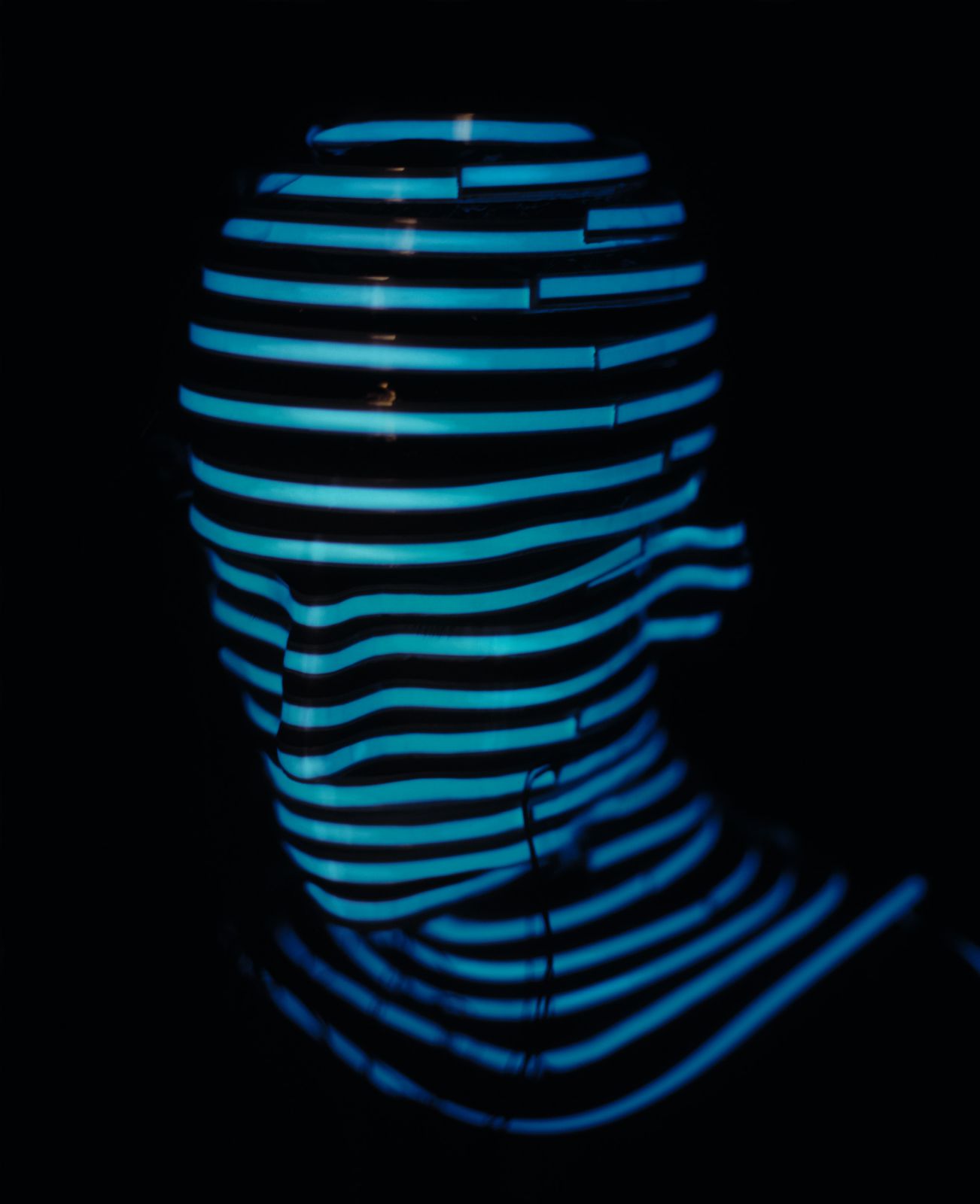 In the Veneer series, Van Veluw introduces wood as a material in his work. Using different types of wood for different works, Van Veluw bends this relatively rigid material to his will by applying it to a replica of his face. This results in a myriad of cracks and grooves that testify to a notable tension of material and form. Included in this series are two sculptures that play with the viewer’s sense of scale. Veneer III has a height of 150 cm, whereas Veneer IV is merely 12 cm tall.

In the photographic versions of these sculptures, Van Veluw utilises photography’s ability to frame its subject matter and manipulate the viewer into thinking both objects are the same size.

Veneer IV has a seemingly rough mosaic texture, yet in reality its surface is very smooth. The viewer, however, unaware of the modest size of the work, is unable to make this distinction.

In the Natural Transfers series the work originates from the idea of transforming the face through the use of a material that is already present, rather than using an external element. Simply applying hair to the contours of the head transforms the portrait and the associations conjured up by the materials themselves. Hair becomes a strange and macabre material with a claustrophobic effect, rather than an aspect of human beauty.

For the Light series, Van Veluw covered his head with strips of light-generating foil. Photographed in total darkness, the highly radiant bright blue light produced by this material, allows it to stand out like an autonomous object. The features of Van Veluw’s face have disappeared, only its shape remains discernible through the mass of light strips. Light becomes form and exists independently from its base, the original subject. This ‘invisibility’ of the human subject informs the formal qualities of these images.