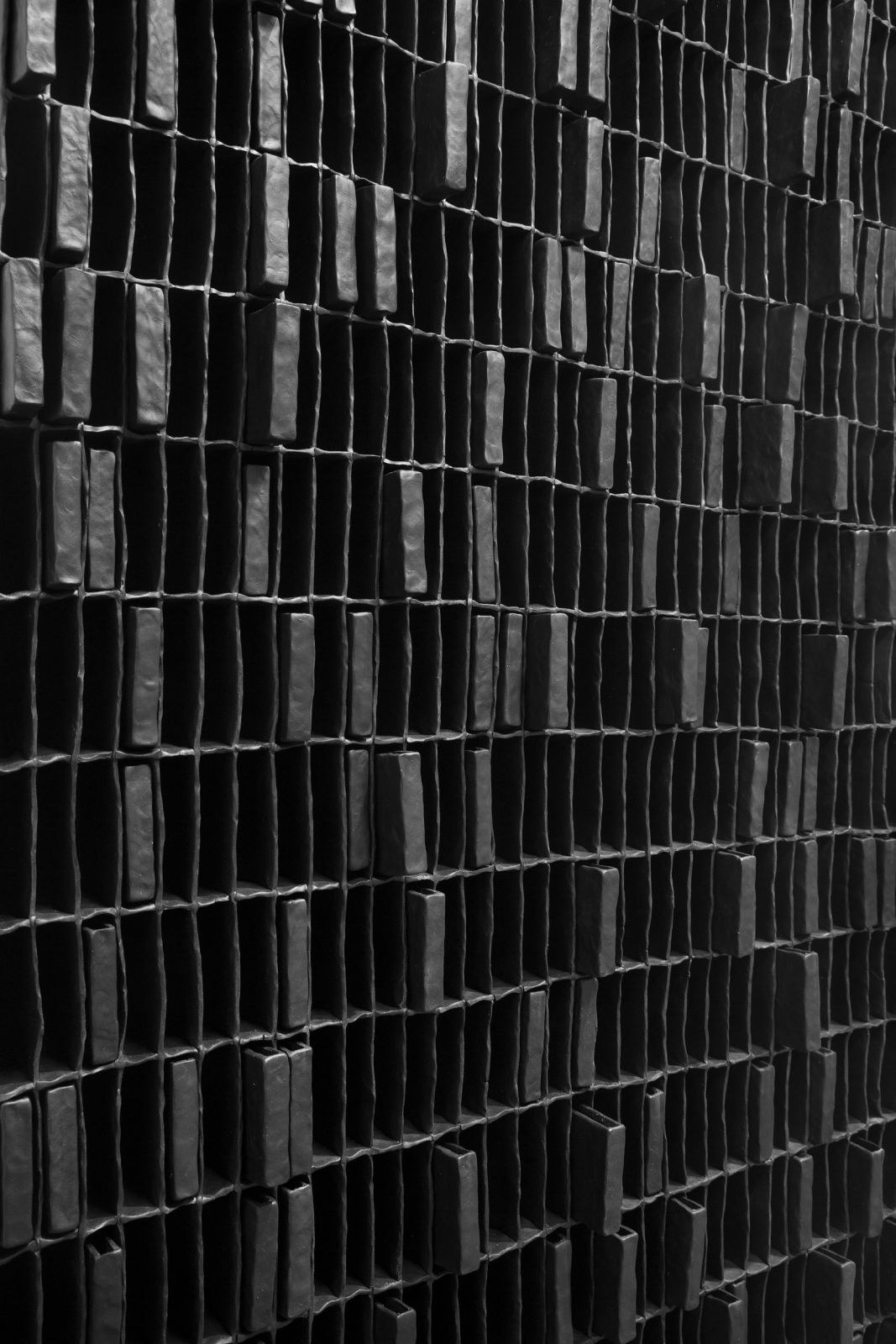 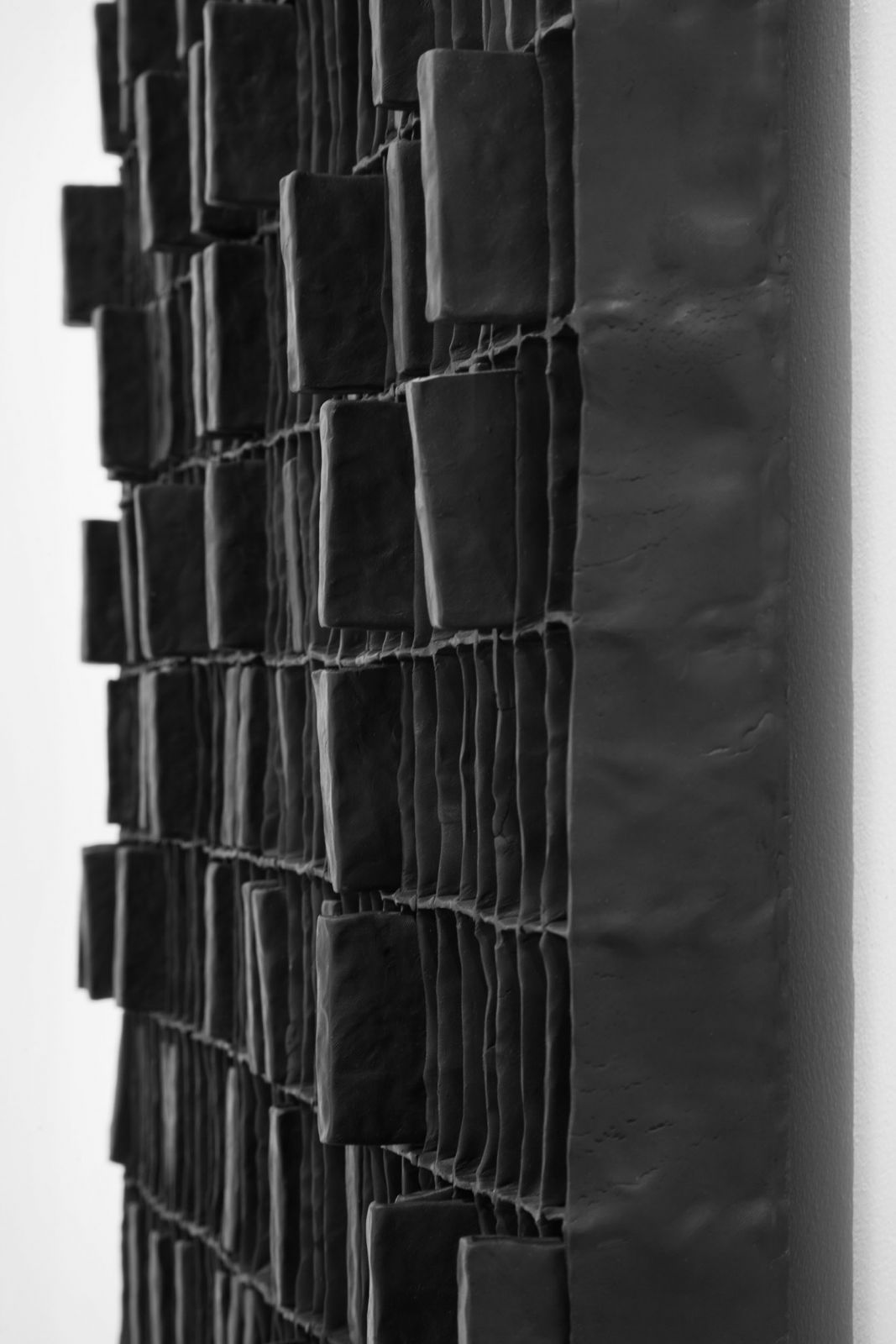 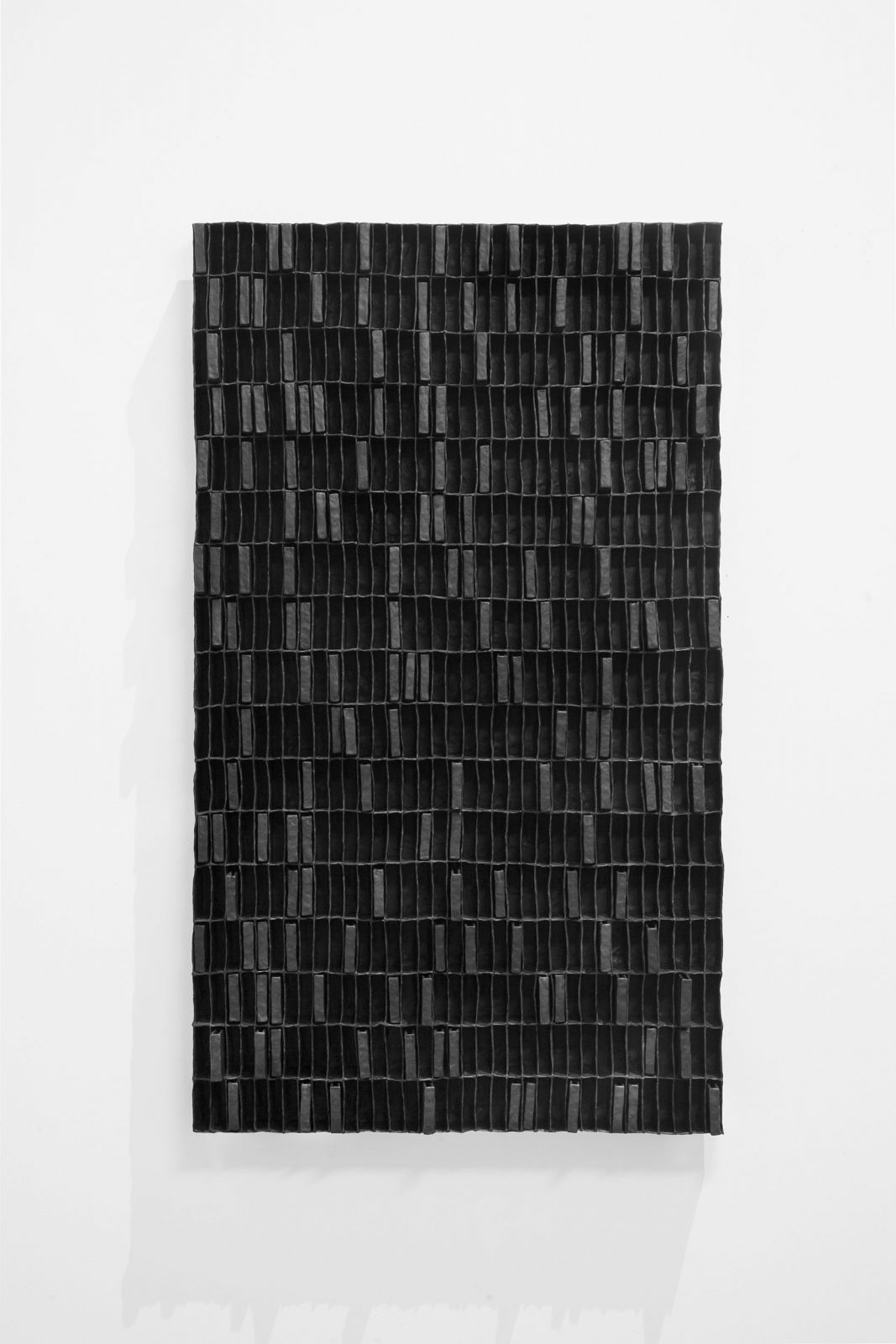 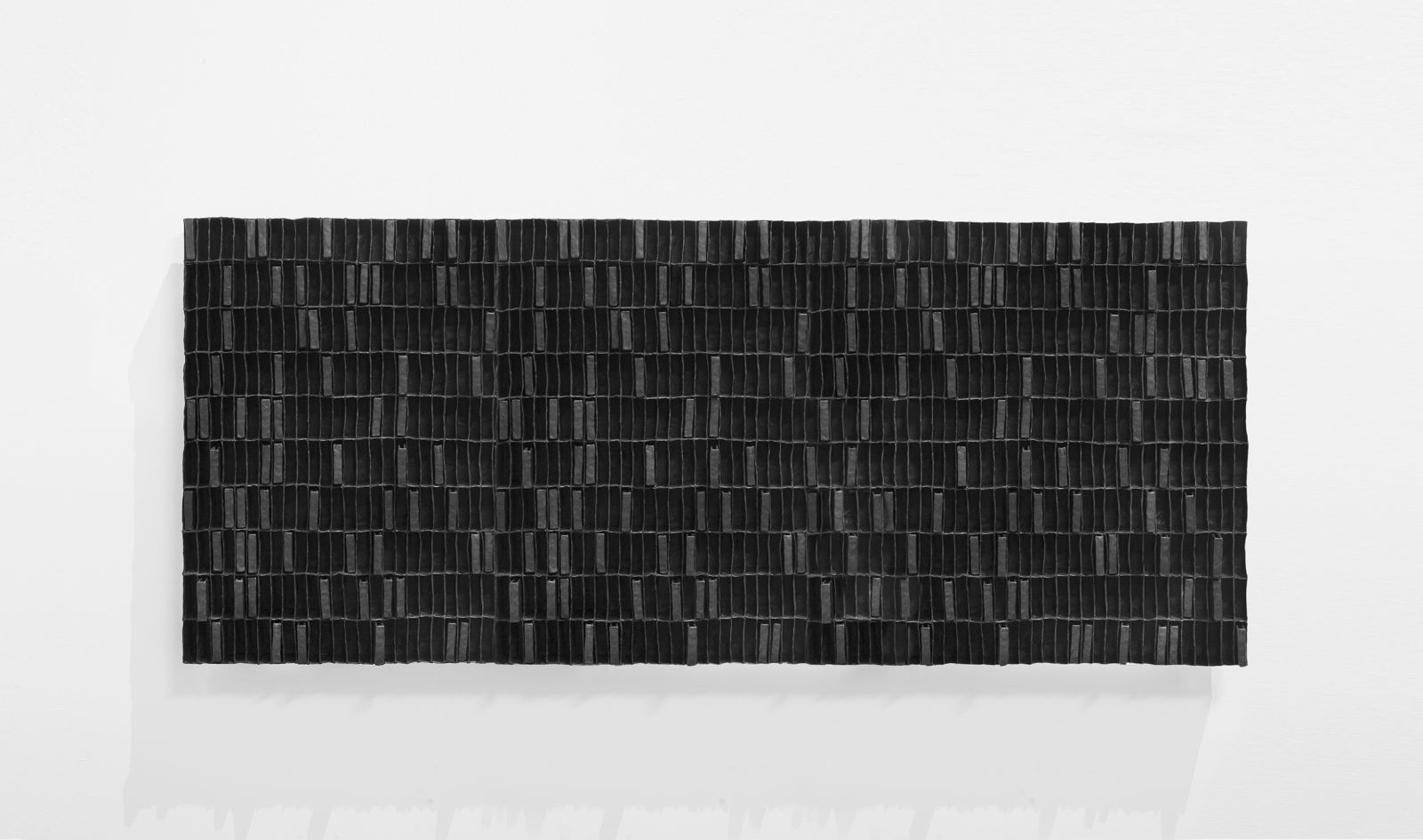 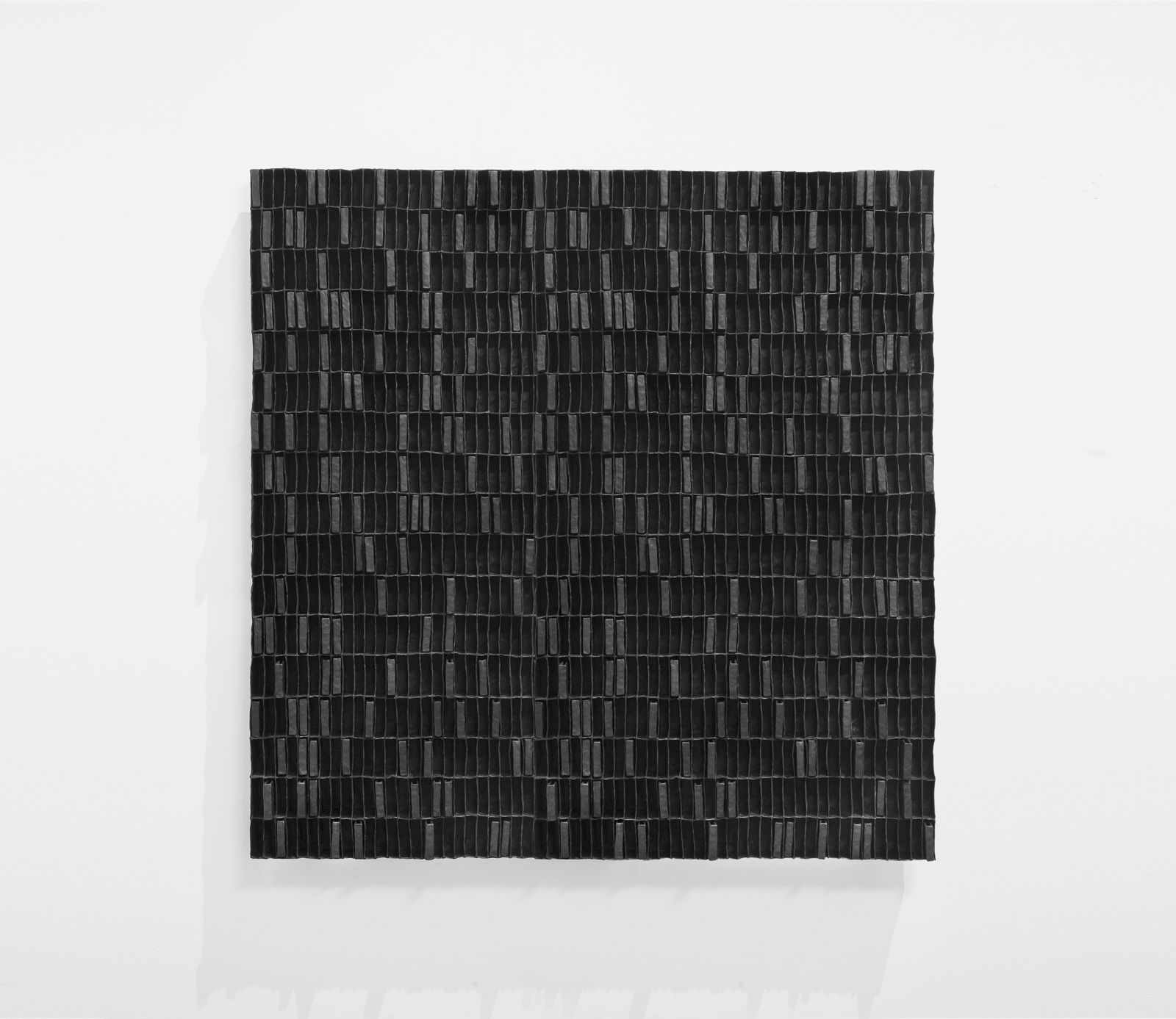 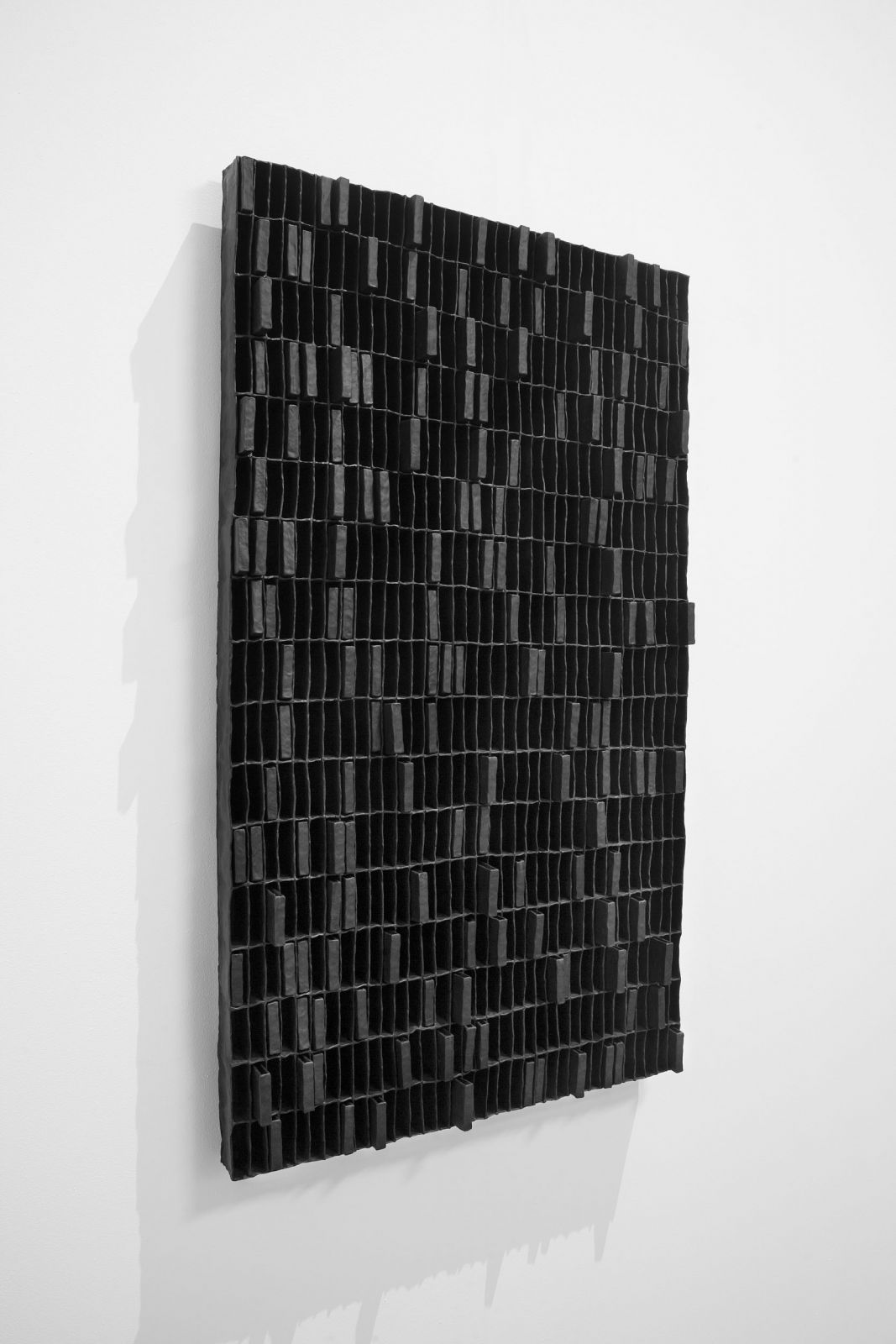 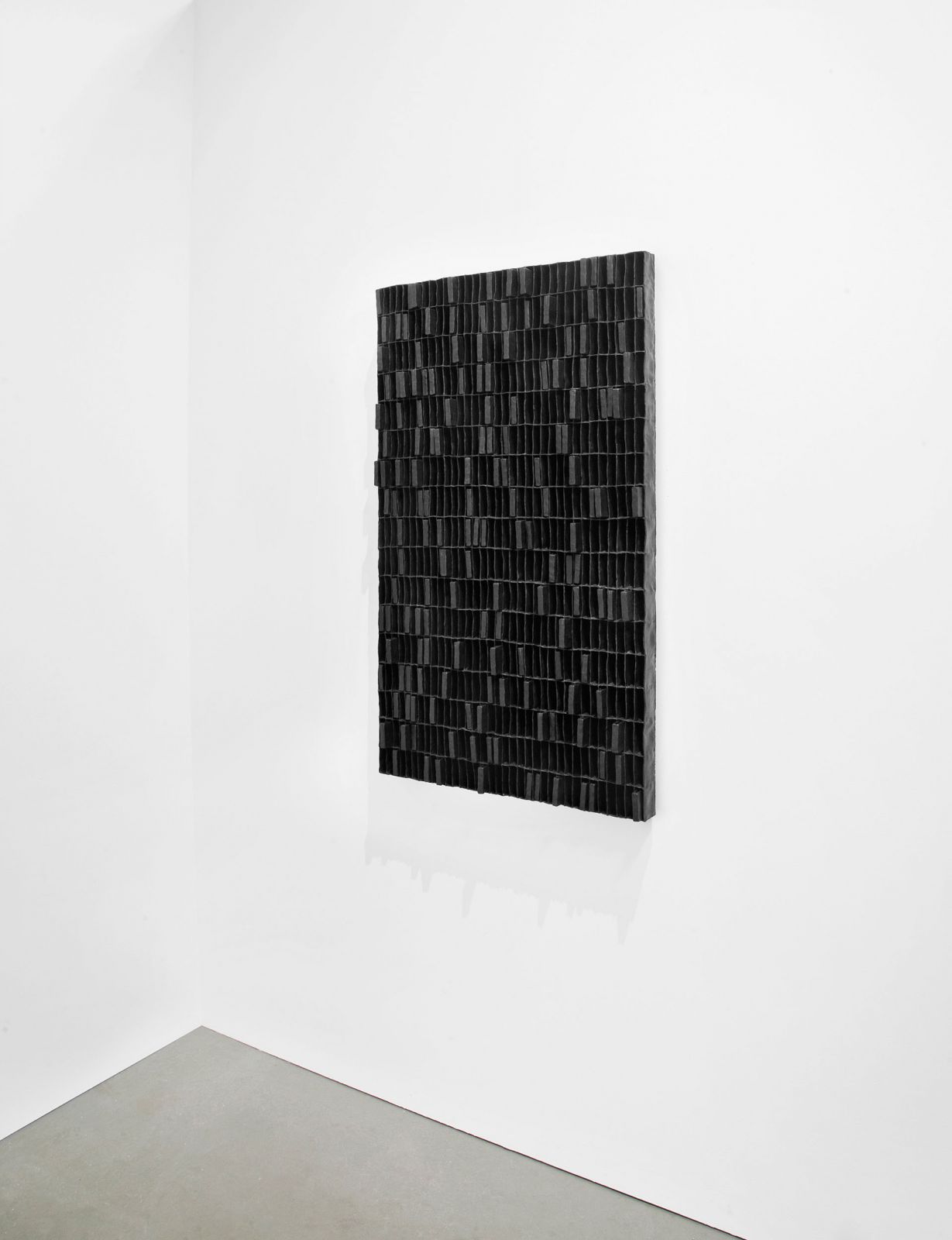 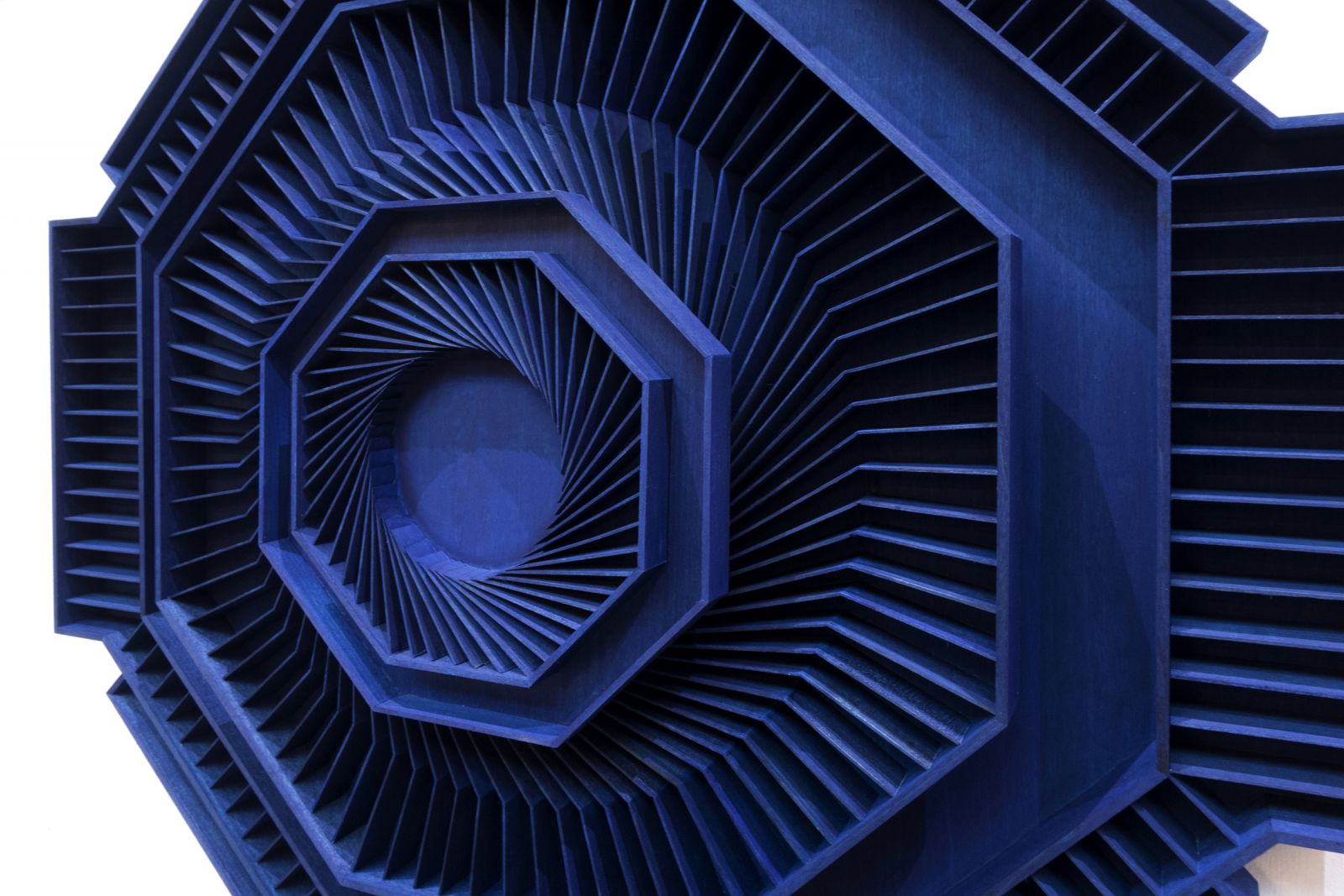 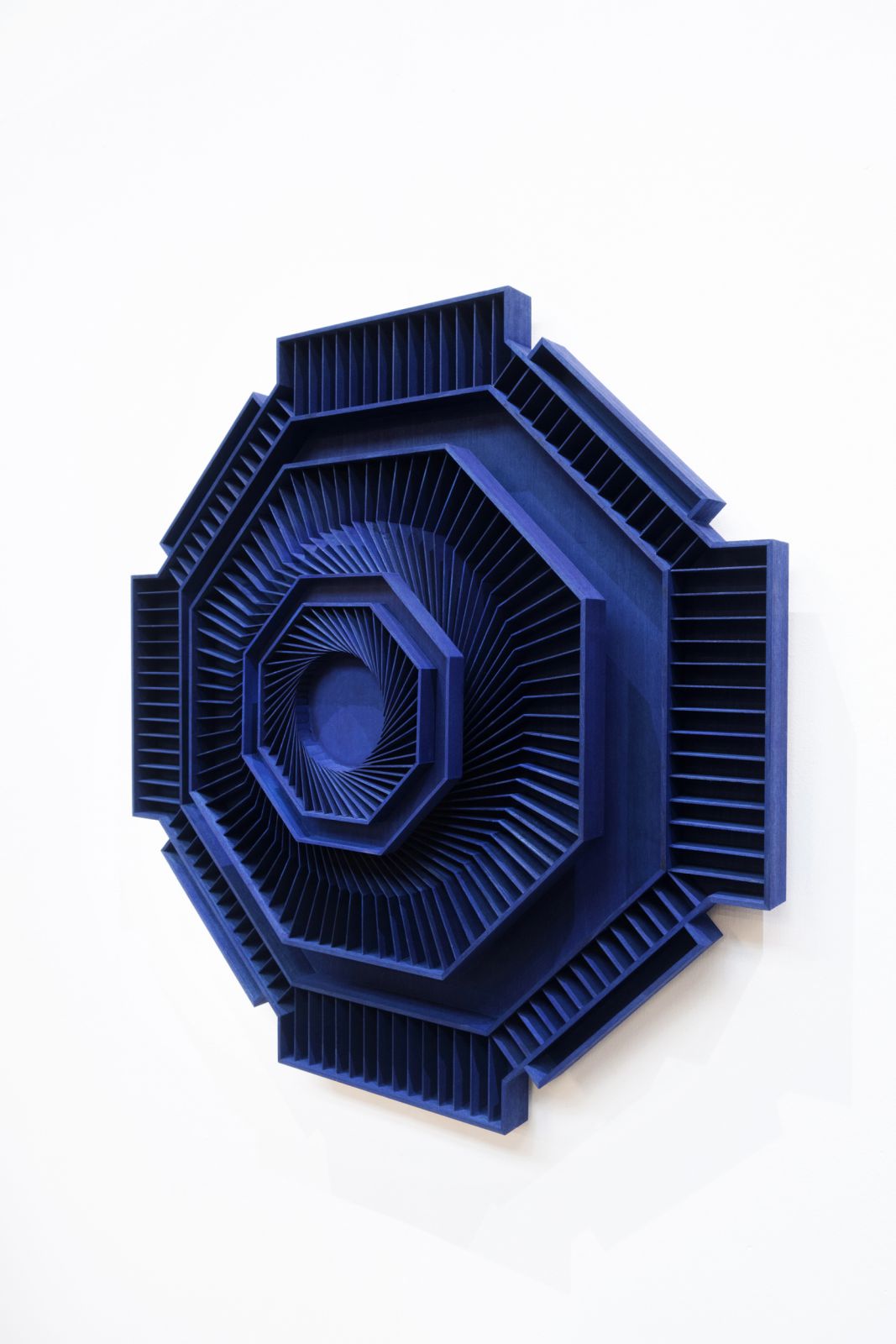 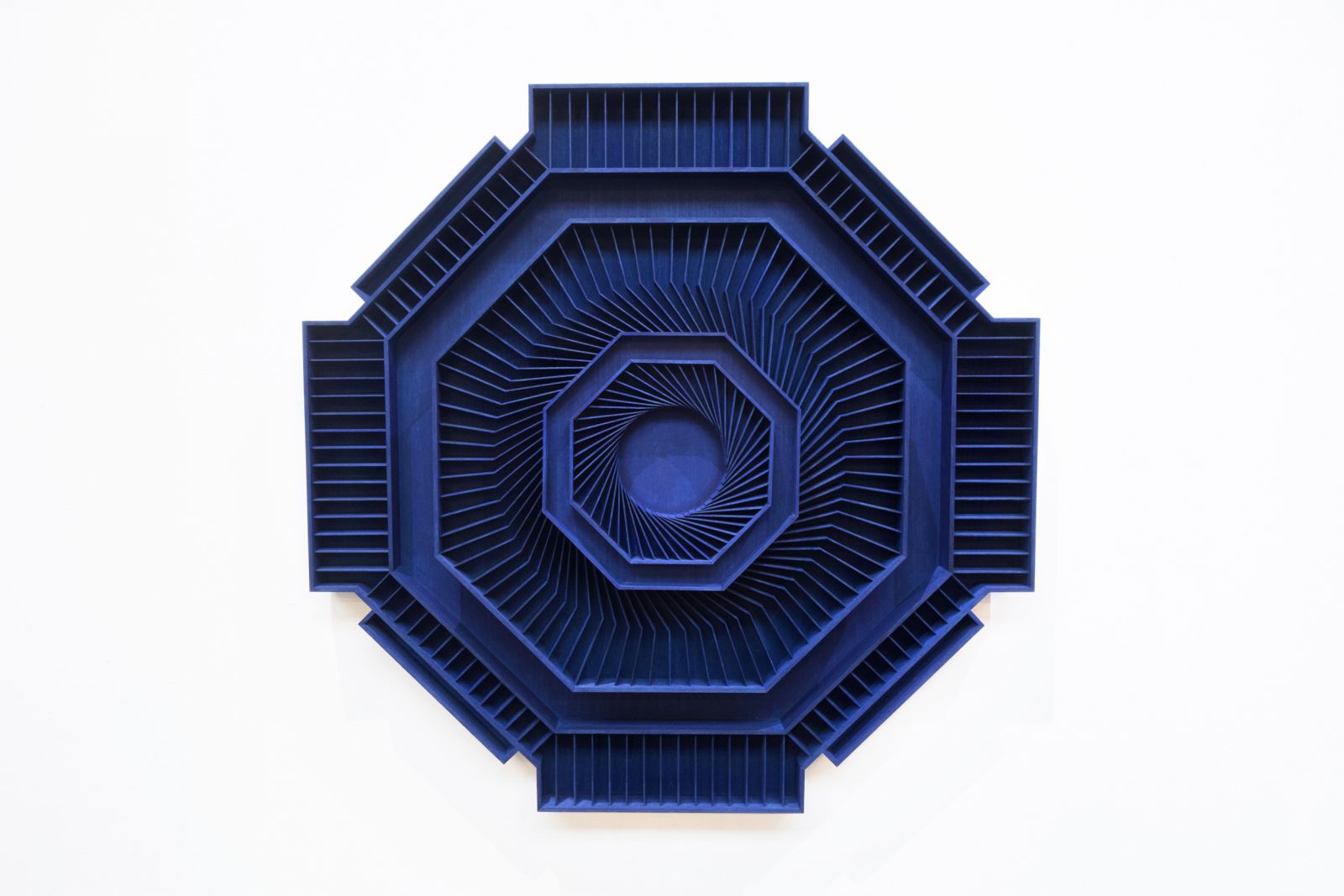 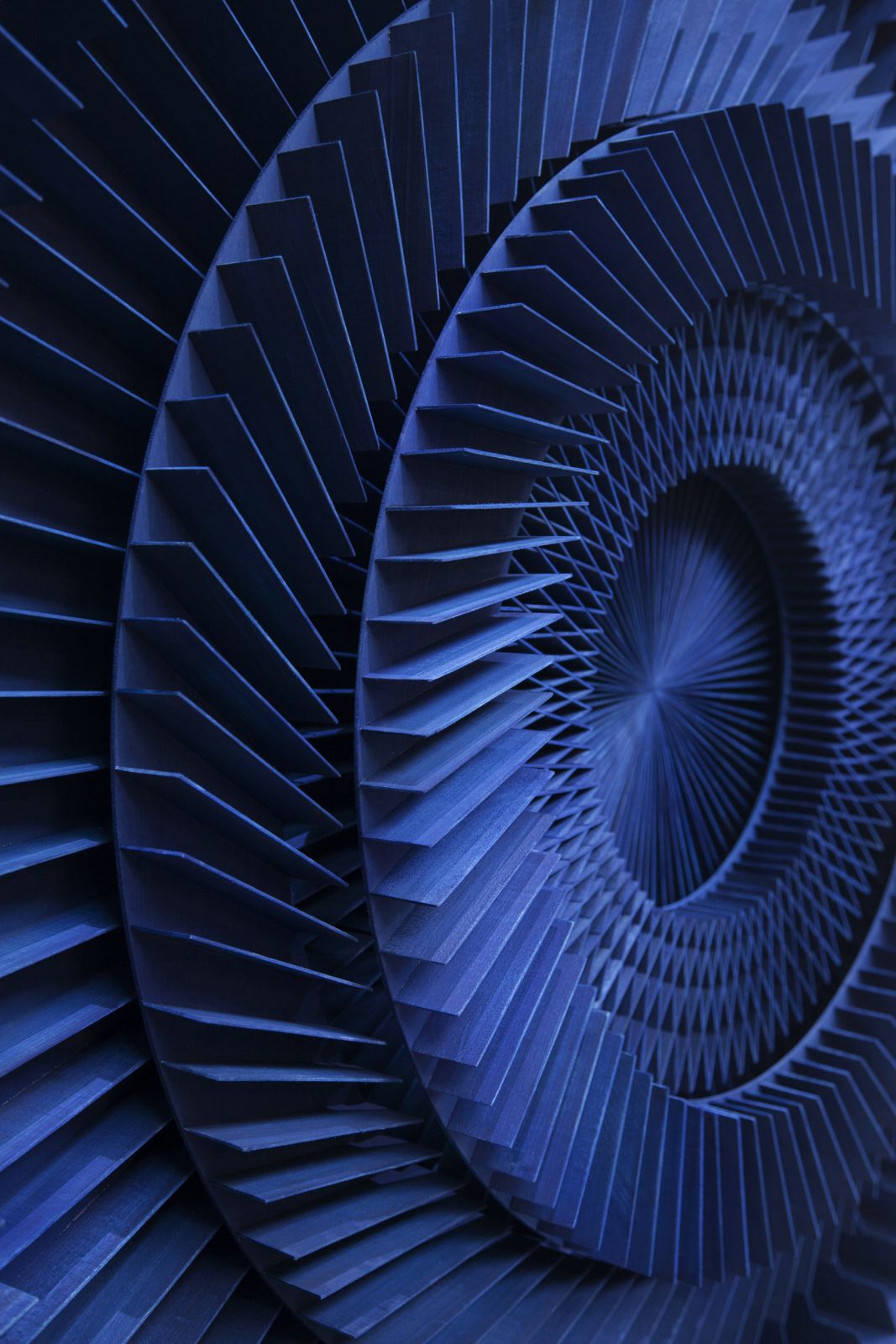 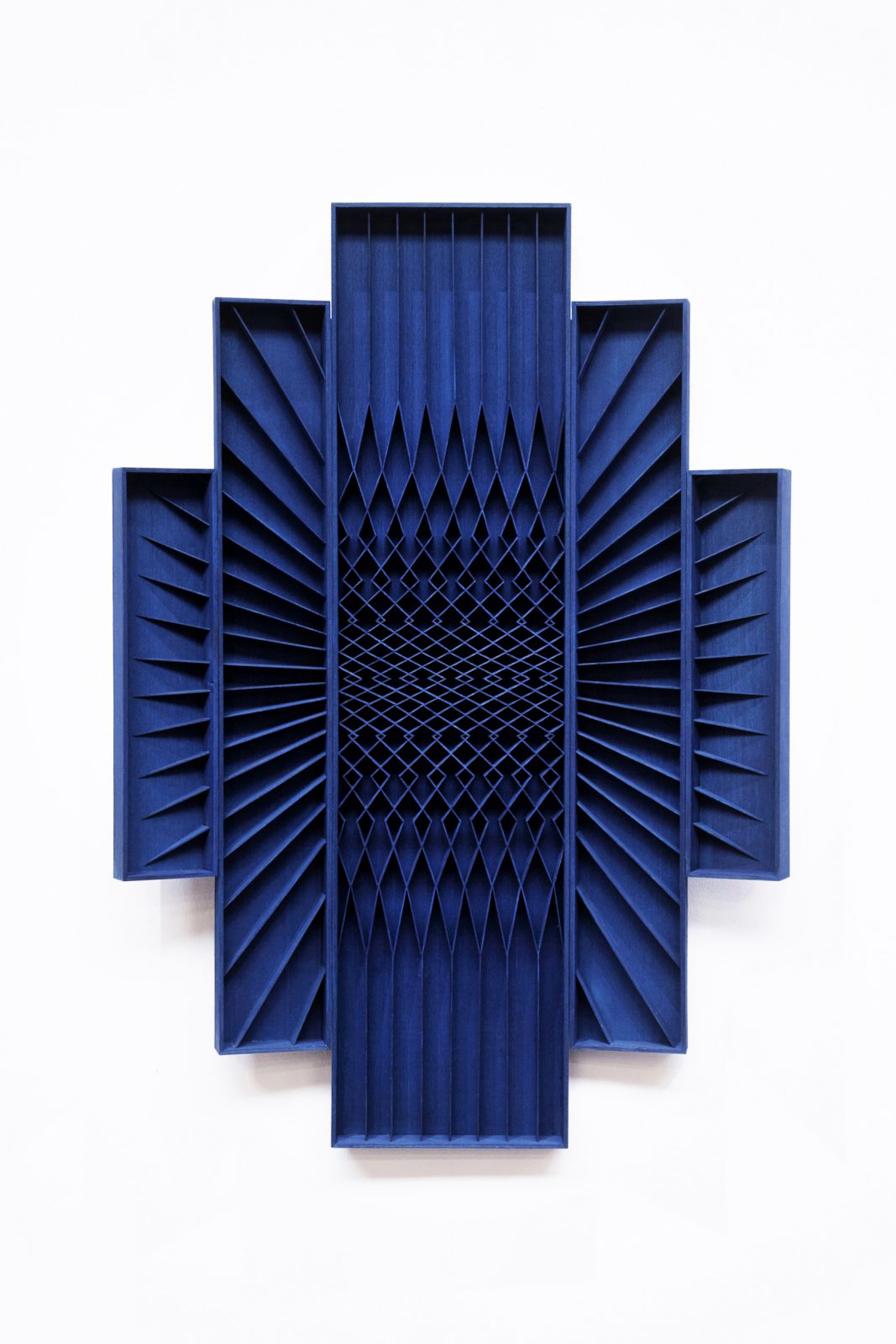 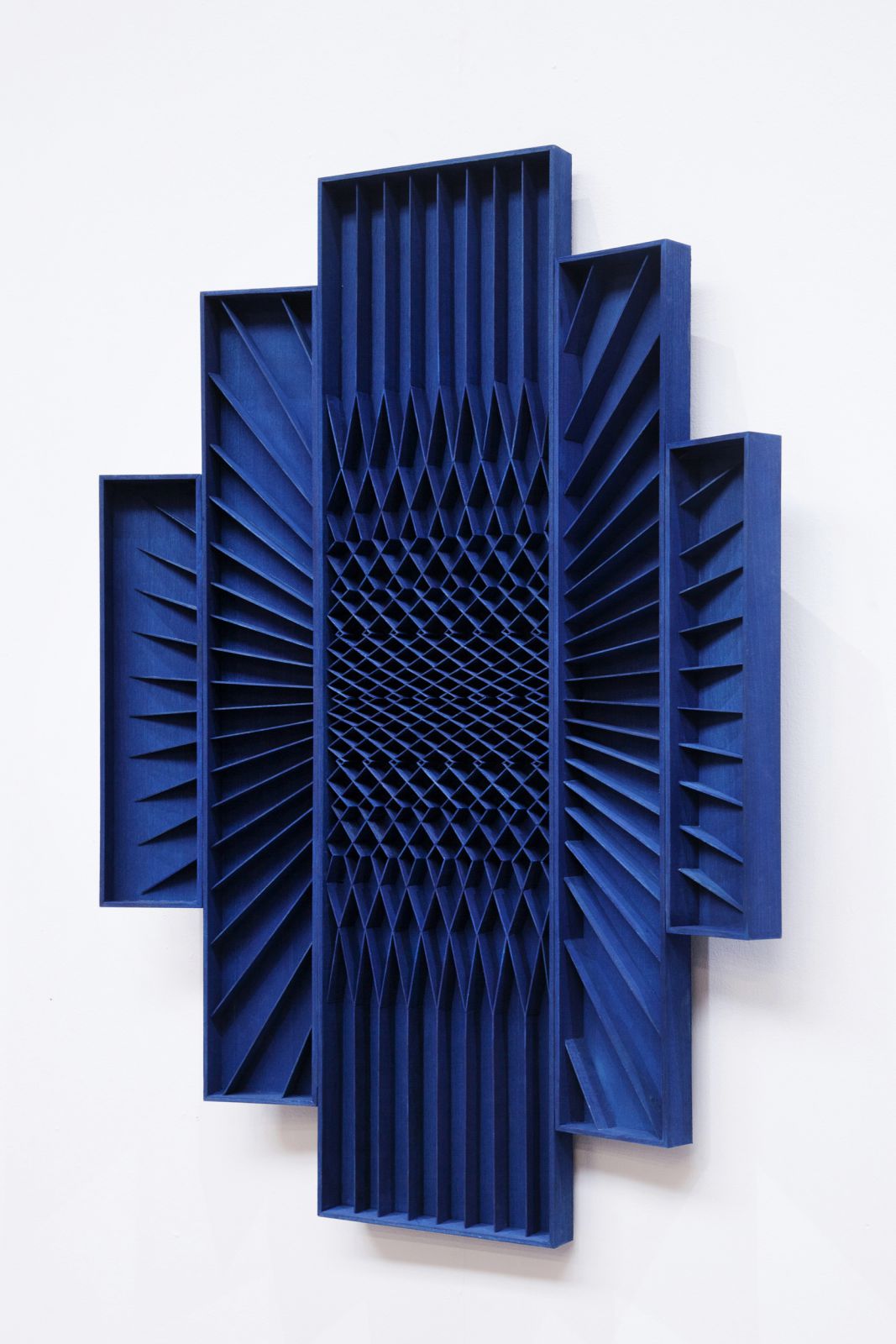 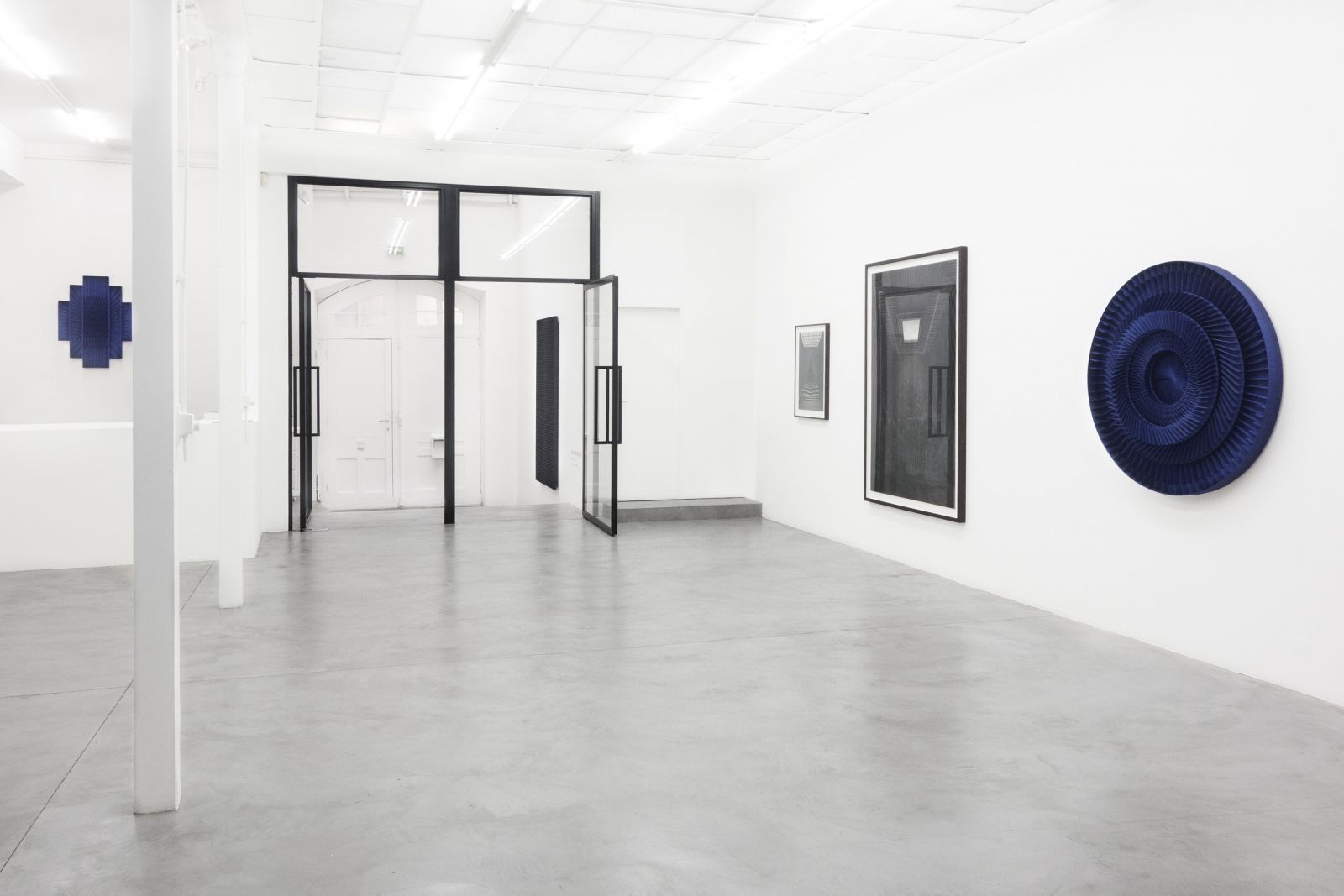 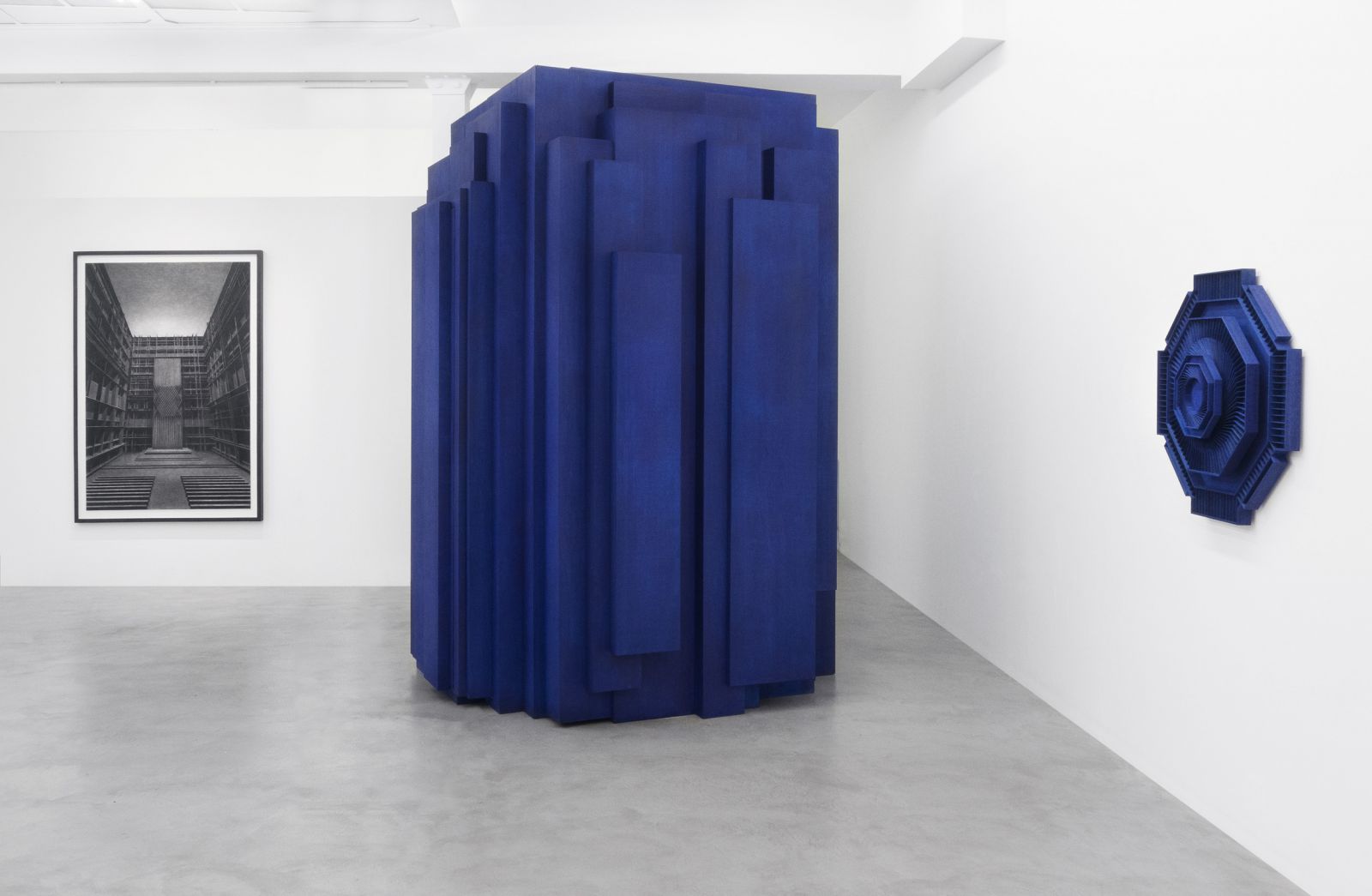 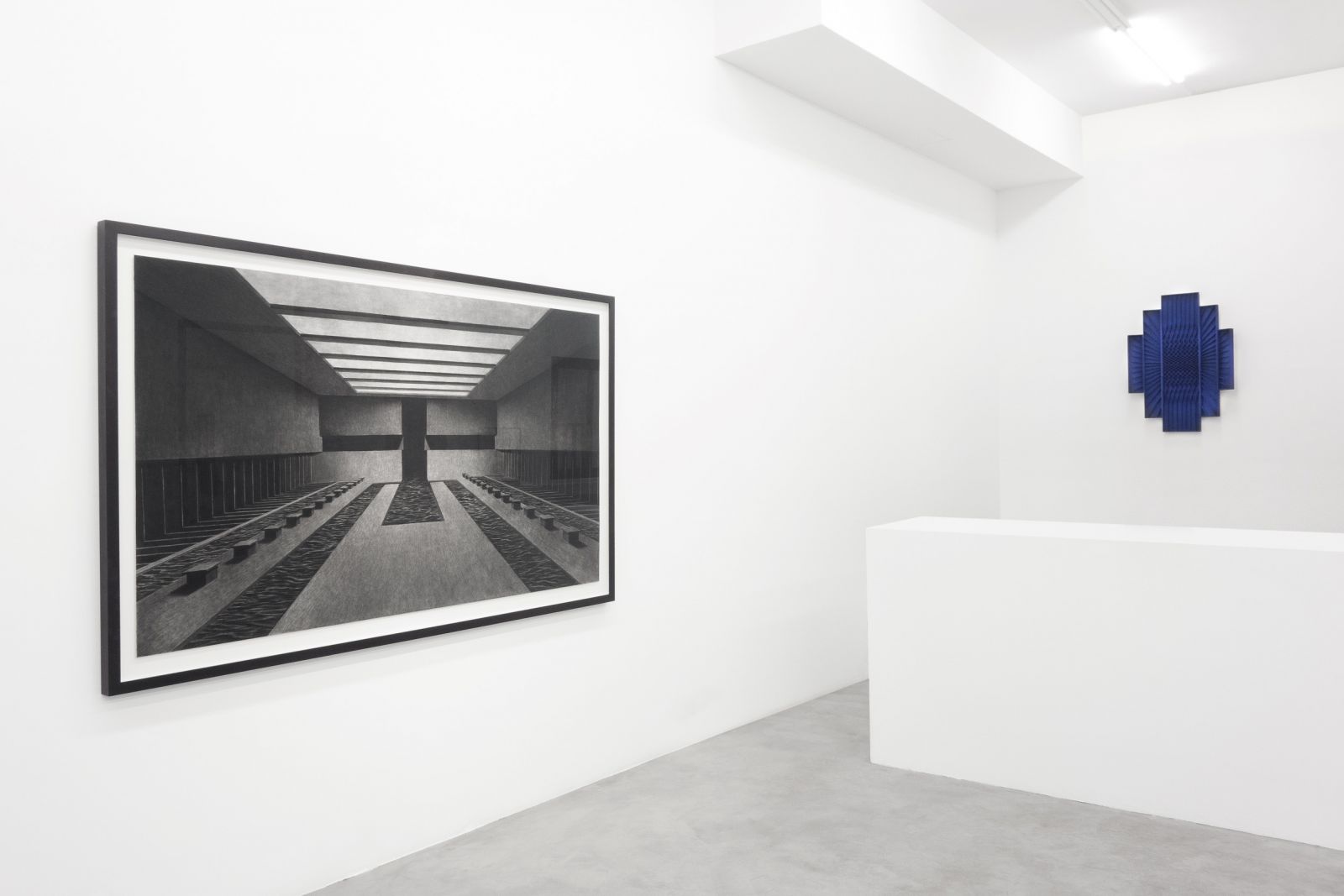 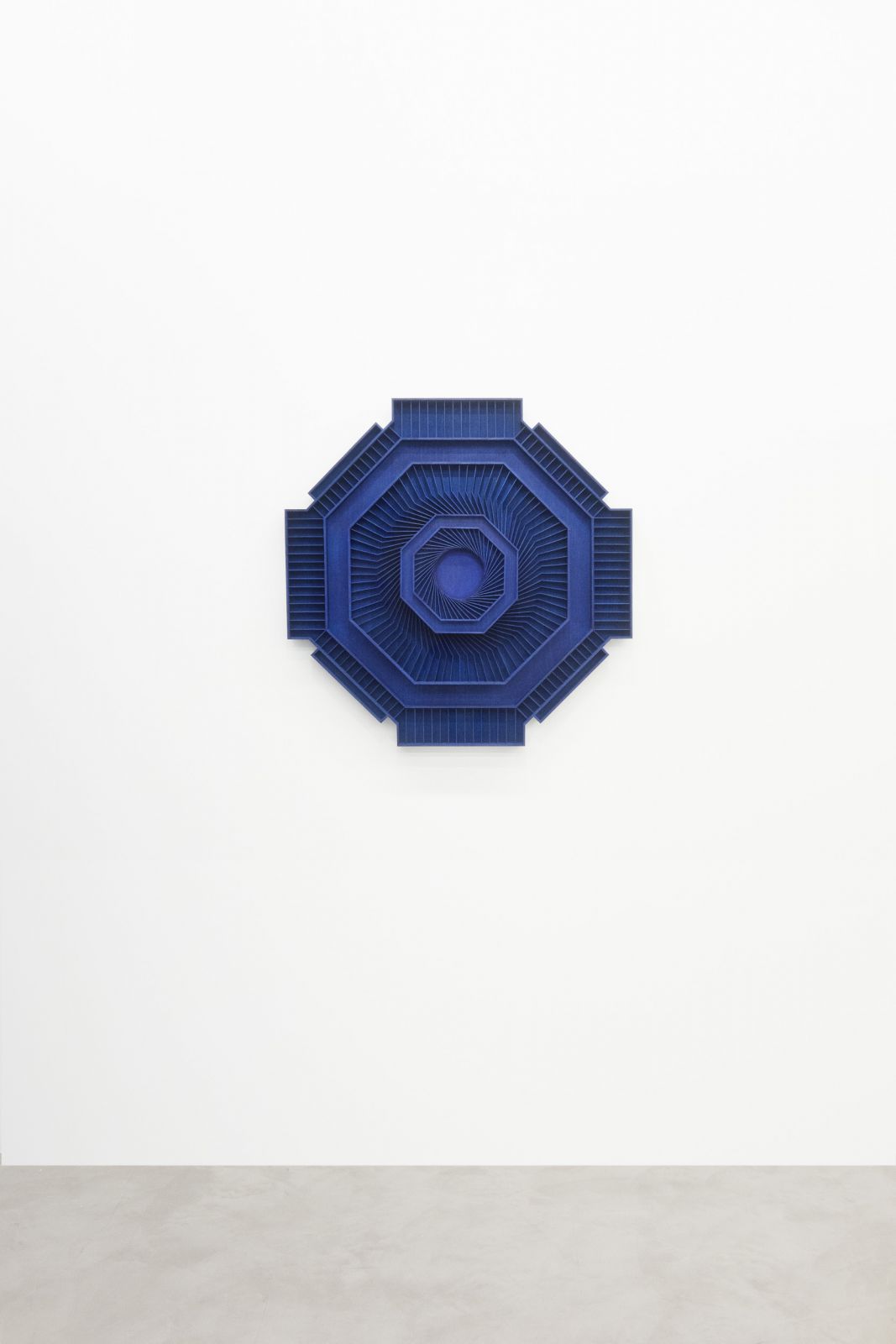 In Veneration, the structures and geometric shapes of the earlier works are given a new context. In this work, Van Veluw examines the visual language used in religious contexts and creates an entirely new and singular religious dimension through the use of recognizable symbolisms.

The core of the exhibition consists of a mysterious deep blue object, an asymmetrical structure constructed from vertical upright blocks; the Chapel. In this installation, van Veluw plays with a variety of archetypal religious elements that seduce the spectator into exposing themselves to a new faith of sorts. In the ceiling, there is a large open hole.

The hole creates a connection with the sky, builds a bridge between the earthly and the spiritual. A beam of light falls through the opening onto an altar that consists of a detailed network of grids, squares and openings. Strewn around the altar are tiny crumbled fragments of blue stone, suggesting an unknown ritual of sorts whose function remains unexplained.

Aside from the Chapel, the exhibition presents a series of drawings and sculptures. Here also, van Veluw makes use of recognizable formal elements. Austere, static forms made up of successions of rhythmical repetitions seem reminiscent of relics, used to magnify a non-existing higher purpose.

In Veneration, van Veluw brings to light the similarities between symbols of different beliefs. He reveals the desire of man to make tangible through matter the invisible and spiritual side of faith, and in doing so, questions its credibility.